'Cycling librarian' gives books to children in nearby cities 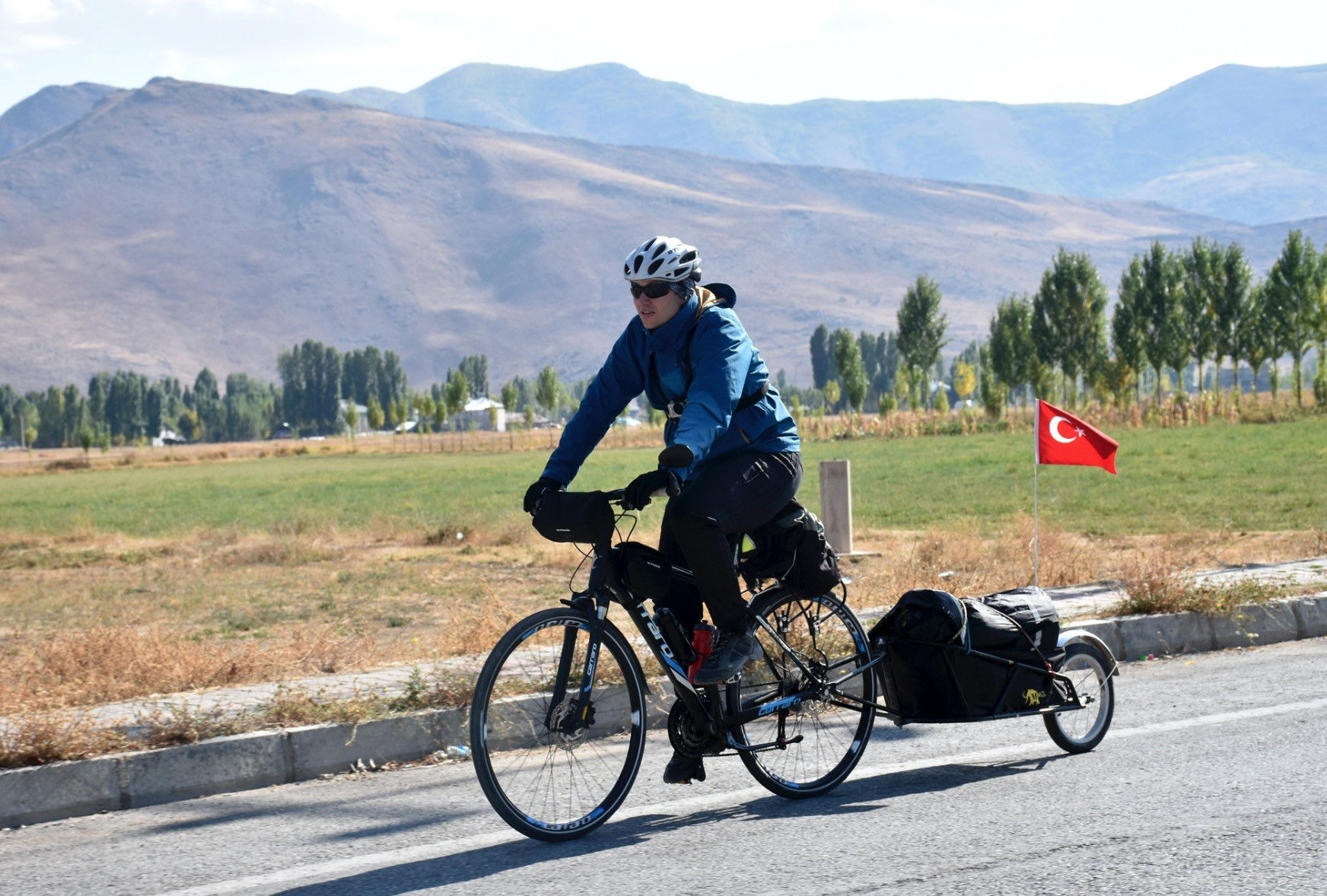 With a box fastened to the back of his bicycle, Yücel goes from village to village giving underprivileged children books that they otherwise can't get.

He has not forgotten about the kids in neighboring cities. Carrying books to children who live in Muş province, a neighbor to Bitlis, he is known as the "cycling librarian" by the children.

When Ceyda Özşimşek, a mathematics teacher at Sungu Middle School in Sungu, Muş, asked Yücel for some books for her students, Yücel happily fulfilled the request, bringing 200 books to the school after cycling for 80 kilometers.

The teacher and students waited for the mobile librarian at the town's entrance with their bicycles decorated with balloons. The young students accompanied him on a short bike ride to the garden of the school.

'I have never experienced such pride before'

Speaking to Anadolu Agency (AA), Yücel said that he was honored in bringing books, sent as gifts from different places around Turkey, to children in Bitlis's villages on his bicycle.

He said that this was the first time he went outside of his city to hand out books.

"Ceyda has brought me together with her students whose eyes were sparkling when they saw me. They surprised me. I got a bicycle escort from the entrance of the town. I have never experienced such pride before," he added.

"I want these children to read the books that I brought here. Our aim is to contribute to their futures. I hope that I will have added to their improvement and lightened their ways," he said.

Yücel said that he started this this undertaking with inspiration from Mustafa Güzelgöz, who is known as the "librarian with a donkey."

Explaining that he rode 560 kilometers on his bicycle in a year and has reached children in 12 villages, Yücel said, "Handing out books with a bicycle always attracts attention. My purpose is to create awareness and to get more books as gifts from different places in our country."

'The smiles on the children's faces give me support'

The librarian noted that the habit of reading should be acquired while young.

"The smiles on the children's faces relieve my tiredness. It supports me and I feel more power in my legs. I have crossed 80 kilometers to come to Sungu Middle School. We saw the children smile together. I experienced this feeling for the first time in my life," he said, with a smile.

Mrs. Özşimşek, the mathematics teacher, explained that she saw Yücel's work on the internet nearly a year ago.

Explaining their decision to establish a library at the school, she said, "Hakan Yücel came to my mind, and I thought he could help us. I reached in hopes he would help us. He didn't refuse our request. We are really happy to see the light in the children's eyes."

One of the students who benefitted from the donation, Kadir Çelik, said it was great for children like him and expressed his thanks to Yücel. Tuğba Köklü also said that this is the first time someone presented her a book and that she was happy and grateful.