A story from Isabel Allende turned into coloring book 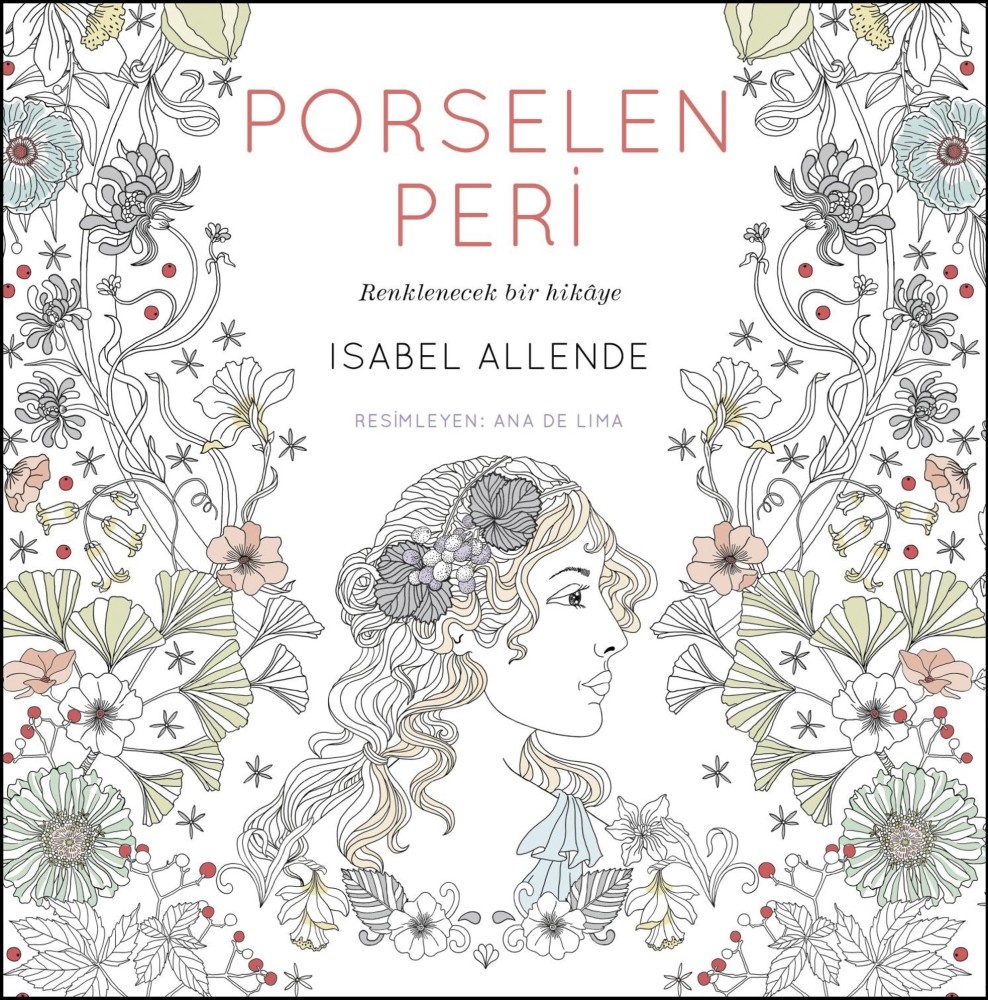 A striking story of Isabel Allende, who is one of the most important figures in Latin American literature, is turned into both a story and a coloring book with the drawings of fashion designer Ana de Lima. The book titled "Porcelain Fairy," inspired from Allende's story, was published by Desen Publication. It holds a mirror to the suddenly changing life of a lonely man.

The life of Don Cornelio, a notary public, who leads an introverted, monotone life, starts to change completely with a porcelain fairy that he finds accidentally at an antique shop on an autumn day. He realizes that instead of being locked up at the notary office, he wants to spend his days outside, chatting with people, making new friends, taking care of flowers and feeding animals. The Porcelain Fairy will guide him on this spiritual journey.

Combining literature with the art of painting, "The Porcelain Fairy" emphasizes the dreams people follow may one day become true and it invites bookworms to listen to their inner worlds. With subtle designs, it also offers readers of all ages a book to color and the book will become alive in different colors in each reader's hand.

The Porcelain Fairy is also a great coloring book along with being a story told by one of the best Spanish writers.

Isabel Allende was born in 1942 in Peru. She lived in Chile between 1945 and 1951 due to the travels of her diplomat stepfather. She became a journalist in Chile and, after the 1973 military coop, took refuge in Venezuela, where she stayed for 13 years and started writing. Her first book published in 1982, "The House of Spirits," made her one of the most successful authors in Latin America. Since then, she has written 20 internationally successful books. Her works have been translated into 35 languages and have sold more than 67 million copies. She has been awarded 50 international awards and 13 honorary PhDs. She won the National Literature Award in 2010 in Chile and the Medal of Freedom, the highest distinction in literature in the U.S. in 2014. She has been living in California since 1988.

Ana De Lima was born in 1977 in Coruña. She studied at Goymar Fashion and Design School and then graduated from Barcelona Design College (BAU) and London Saint Martins School of Arts. After her school training in illustration, she worked different world-renowned brands for nine years as a fashion designer and became an expert on print. She has had various exhibitions with her designs inspired by motives in nature such as the sea, flowers, plants, animals, mountains, trees and daily objects.