"Convert Women" written by Eric R. Dursteler, a professor and chief of department at the History Department of Brigham Young University, was published in the History and Women Studies section by Koç University Publications (KÜY). The book was translated to Turkish by Deniz Koç.

An exciting study that is based around research on women, "Convert Women" shines a light on identity and how women had to leave such identities behind in the early modern Mediterranean. The gripping content does not only address researchers in this field but also applies to a wider reader group. 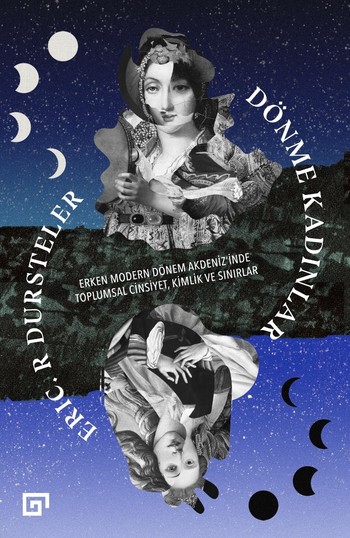 Published by Koç University Publications, (KÜY), "Convert Women" tells of the complexities in the lives of Mediterranean women, who had to leave the places they were born in, their families and religions behind in the early modern era and who lead a socially and politically complicated life.

The term convert is used, in the narrowest sense, for those who changed to Islam from Christianity in the early modern Mediterranean. Eric R. Durstler changes the word's meaning in "Convert Women" and uses it as to include everyone beyond the borders of the social, religious, political and social gender.

Through strong archive work, the stories told by Durstler offer insights into certain experiences and conditions of Mediterranean women and a wide array of cultural and social practices.

In the book, we can read how women can enhance both their personal and familial status through the story of Venetian Beatrice Michel, who escaped her abusive husband and took shelter with her brother, who was a convert, too, in Istanbul and took the name Fatma Hatun. We witness how two brave women, Christian Elena Civalelli and Muslim Mihale Şatoroviç took control of their own lives by crossing the Ottoman-Venice border. We also read how four Muslim women (Ayşe, Emine, Hatic and their mother Maria) escaped from the Greek Island of Milos to Corfu and created an international storm at the Ottoman-Venice border after converting to Christianity from Islam.