Scribes and bibliophiles: Müteferrika to modernity at the Bodleian Library 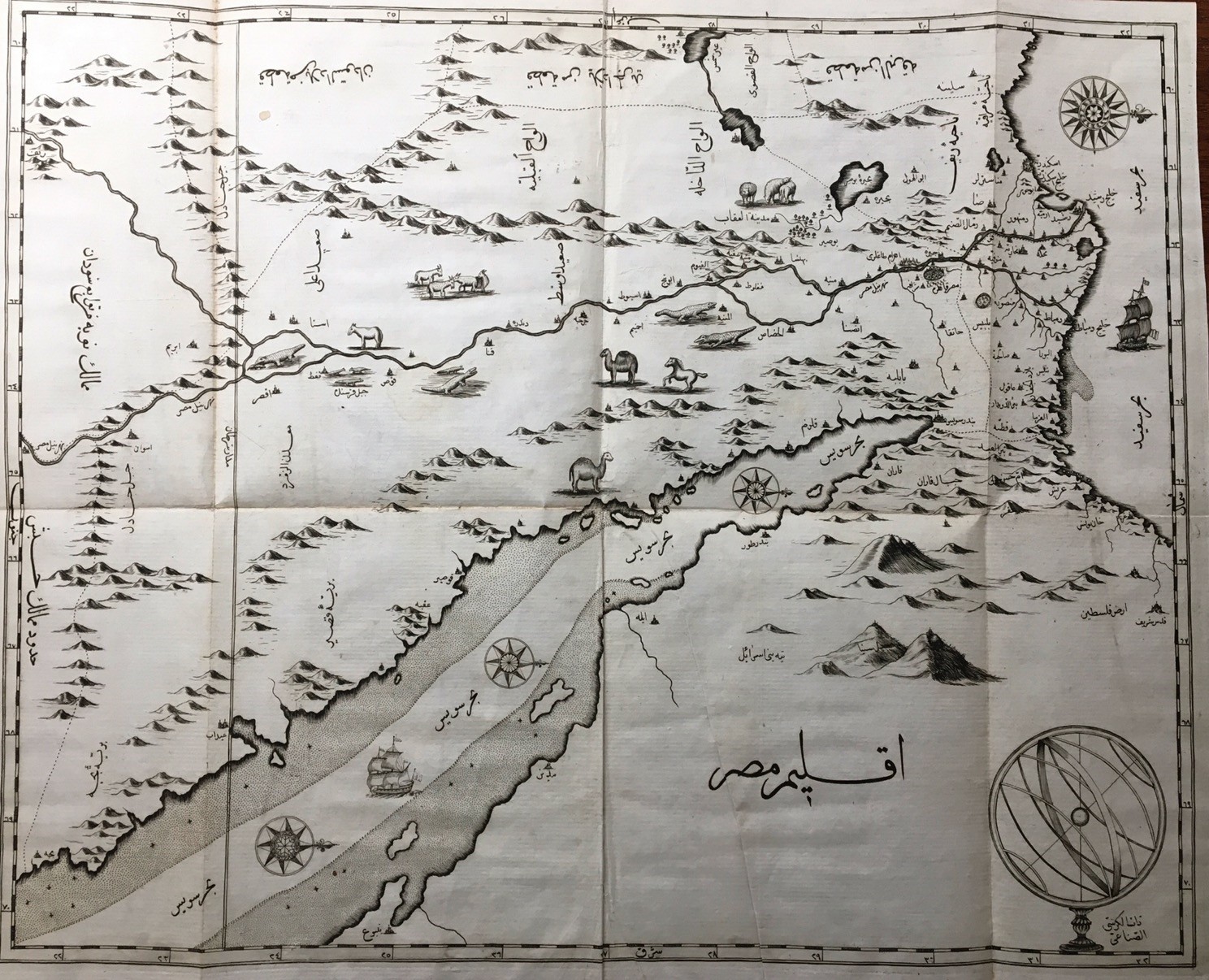 The landscapes of ancient Egypt are mapped and chronicled inside a rare Bodleian copy of a Mu00fcteferrika book by Ahmed bin Hemdem Suheyli first published in 1730, among the first ever printed by an Ottoman Muslim.
by Matt Hanson Mar 30, 2018 12:00 am

The Bodleian Library at Oxford University has all but one of the original series of 17 works printed by İbrahim Müteferrika, who established the first Muslim-owned printing press in the Ottoman Empire in 1729. In its stacks dating back to 1602, the Bodleian tells the saga of Turkish literature

The city of Oxford is steeped in the rural airs of its surrounding county, locally its shire. Along the Thames and Castle Mill Stream, stone bridges link routes that seethe with the folklore and history of a people who have braved the eye of the storm that is Western civilization, staring back unfazed. In the shadows of its core buildings, where the facades and spires chronicle architectural developments in England since the early Romanesque Saxon era, intellectual life has grown beyond compare, firming the roots of national culture while fruiting the imagination that transcends worldly concern. One of the many outstanding geniuses who graced its public founts of knowledge was none other than J.R.R. Tolkien, in his day a humble philology professor specializing in Old and Middle English, a man known to pen verse in the tradition of language play after Lewis Carroll, also an Oxford professor.

Tolkien lived on Northmoor Road, as the name would signify, at the north end of the city by the Oxford University Parks and the River Cherwell. It raises a smile to think of him strolling down the countrified avenues of Park Town to read Gothic, Welsh and Finnish manuscripts at the Bodleian Library, the main research library at Oxford University, where he resisted the Great War long enough to earn a degree in English Language and Literature in 1915 before attaining the Rawlinson and Bosworth Professorship of Anglo-Saxon in 1925. From June 1 to Oct. 18, the Bodleian Library will exhibit an unprecedented accumulation of his work, the grandest posthumous return to his hometown since the 1950s, the place that inspired his otherworldly visions, and which to anyone who knows Oxford will attest, are also utterly drawn from the surroundings in which he lived and wrote the fantasy classics that changed the meaning of originality in art and literature. 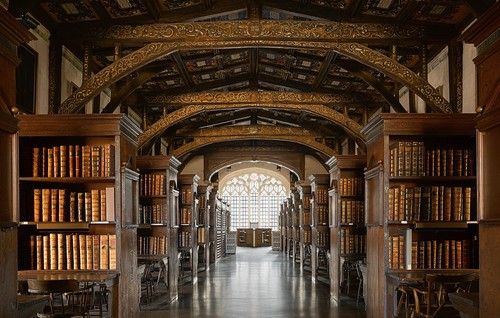 When the newly married and moneyed Sir Thomas Bodley sought to transform a medieval store of books in 1598, he could never have known that he would found what is now the largest university library system in the UK, housed within Oxford University, the oldest university in the English-speaking world. Bodley had a wealthy widow of a wife, and with her at his side refurbished the library, replaced its roof and modernized its bookshelves. He then convinced his closest associates to lend books for the borrowing, opening in 1602 as the Public Library of the University of Oxford. In that initial year, the library already acquired a Quran, and was gifted a Turkish manuscript that is generally unpublicized, accessible exclusively to meritorious scholars. And with the 17th century upsurge of the Orientalist's thirst for knowledge from the East that spurred Europe from the Renaissance to the Enlightenment, the Bodleian would preserve one of the five greatest Islamic manuscript collections in Europe, sharing its prestige with others in the cities of Leiden, Paris, the Escorial and Rome. 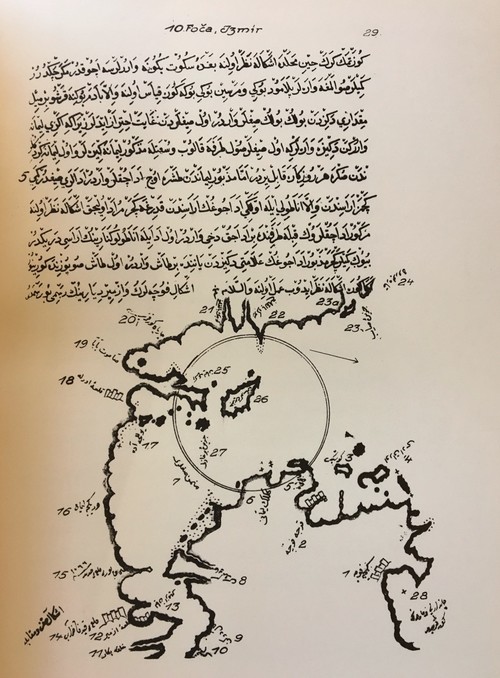 An early collection of cartographic works by Piri Reis at the Bodleian is a 1926/1927 German translation of his best known writings, "Kitab-ı Bahriye" (Book of the Sea) translated from Ottoman Turkish into German by orientalist Paul Kahle.

Leading up to the opening of the Bodleian Library, the economic agreement signed by Sultan Murad III and Queen Elizabeth I in 1581 granted the English priority trading rights over the rest of Europe within the dominion of the Sublime Porte. In a historic diplomatic gesture in 1599, Sir Henry Lello, the English ambassador to the Ottoman Empire arrived at the murderous court of Mehmed III with the extravagant gift of a clock-organ accompanied by its maker Thomas Dallam, who was commissioned by the Queen to cement the alliance that would outmatch her competitors from Spain to Prussia. In response, the Sultan and his mother personally sent Elizabeth gifts in return, a time-honored tradition including Turkish manuscripts. Soon after, Sir Thomas Roe served as English ambassador to the Ottoman Empire from 1621 to 1628 and came back with manuscripts to furnish the shelves the Bodleian's new bookshelves.

It had been by then well established since the library's genesis that Turkish scholarship would be a cornerstone, garnering inaugural support by William Laud and later most notably by John Greaves, the Savilian Professor of Astronomy at Oxford who went to Constantinople with Edward Pococke, the first holder of the Laudian Chair of Arabic at Oxford also to gather rare literary treasures. By the end of the 1660s, one of the first Englishmen to know Turkish, William Seaman, had worked with Oxford University Press to translate the New Testament into Turkish and to publish the first grammar of Turkish in England. 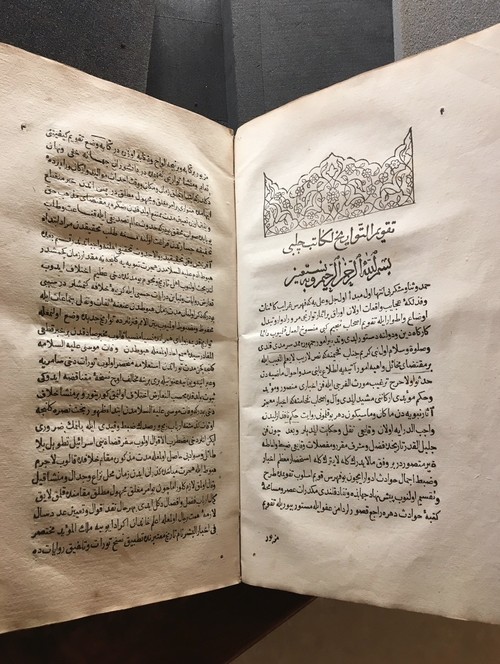 The original series of books first printed by Muslims in the Ottoman Empire are retrievable from the Bodleian's legendary stacks such as the dense and warped Muteferrika publication by Polish Tadeusz Jan Krusinski.

It is said that it was for the sake of custom and aesthetic that Muslim Turks delayed printing books for over 300 years after the Gutenberg published the Bible with his movable type in the 15th century, when Jews, Armenians and Greeks published extensively under the eye of the sultan, and even despite the first Arabic-language book appearing in Italy in 1514. It was only due to İbrahim Müteferrika, a Hungarian Unitarian convert whose Christian name is lost to history when printing began by and for Ottoman Muslims, yet the books were to be secular. Müteferrika owned and published the first Muslim printing press in the Ottoman Empire after solving the challenges of setting Arabic script to moveable type, which had bedeviled European publishers who until then produced what Muslims saw as simply incorrect and blasphemous texts. In the process, Müteferrika spurred what some scholars have called an Ottoman Enlightenment during the early industrial Tulip Era.

After receiving permission from Grand Vizier Nevşehirli Damat İbrahim Pasha, the Grand Mufti, the clergy and Sultan Ahmed III, the first year that Müteferrika actively published culminated in a two-volume Arabic-Turkish dictionary, "Vankulu Lügati," followed by Katip Çelebi's world atlas, "Cihannuma" (Universal Geography). That same year, on Aug. 26, 1729, he printed a third book, "A Traveller's Chronicle Concerning the Emergence of the Afghans and the Cause of the Collapse of the Safavid Dynasty" (Tarih-i Seyyah Der Beyan-i Zuhur-i Agvaniyan ve Sebeb-i Inhidam-i Bina-i Devlet-i Şahan), an eyewitness account of the Afghan invasion of Persia in 1722 by the Polish Jesuit Father Judasz Thaddeus Krusinksi. In a general note on the text as it is catalogued at the Bodleian, the translation of the book into Ottoman Turkish was produced by Müteferrika or the author, and the original Latin was later published in L'viv in 1733. It is clear that Müteferrika had strong personal oversight, and that as a publisher, he groomed his polymath stature as a scientist, theologian and man of letters. To literate Ottomans, the book of Krusinski would have been densely textual, not illuminated in the least, as were the gilded leaves and painted miniatures of the scribed manuscripts. It opens with the Koranic invocation: In the name of God. Its unadorned pages are fit for the eyes of an imperialist mind scanning for practical knowledge. And reading between the lines, the expansionism of the empire appears to be crucial to the incipient Muslim Ottoman press.

In the following year, Müteferrika prefaced "The History of Ancient Egypt" (Tarih-i Mısr ül-Cedid) written and also translated by Ahmed Bin-Hemdem Süheyli. It, again, begins with the opening lines of the Quran, and in its present state, the 61 rigid and warped pages of pure text are hardly openable. The cover to the Bodleian copy, dated 1730, is a glossy chestnut brown, and folded against its final page is an impressive map of Egypt masterfully sketched, detailing and glossing the Pharaonic landscapes where the Ottomans ruled from 1517 to 1914, before the English. Interestingly, it was another British diplomat, James Mario Matra, who sought to revive the press of Müteferrika after it was finally struck down in 1742 by palace scribes weary of job loss and the feared janissaries who backed them. The introductory century of book printing for the Ottoman Muslims was clouded in as much intrigue and fascination as that given to any sense of authority in a land where political contests were tried over blood feuds of kin. Enderunlu Fazıl, the first banned author in the Ottoman Empire, makes a welcome appearance at the Bodleian with a mid-19th century publication of his "Book of Love" (Defter-i Aşk).

Şemseddin Sami Frasheri immigrated to Istanbul in 1872; educated in Ioannina, the capital of his native region, where he learned Turkish, he later wrote "The Love Between Talat and Fitnat" (Taaşşuk-ı Talat ve Fitnat), long considered to be the first Turkish novel. (In fact, Vartan Pasha published a novel in Turkish written in Armenian script earlier, in 1851.) The Bodleian copy of Frasheri's debut novel is officially stamped in 1963, worn with brittle and tattered pages exuding the unmistakable must of a beloved used book. From the 17th century mystic poems of Neşati to the 1926 feminist memoirs of Halide Edib and encompassing contemporaries, the Bodleian preserves the breadth of Turkish literature.