The novel that inspired the first Turkish Netflix Original 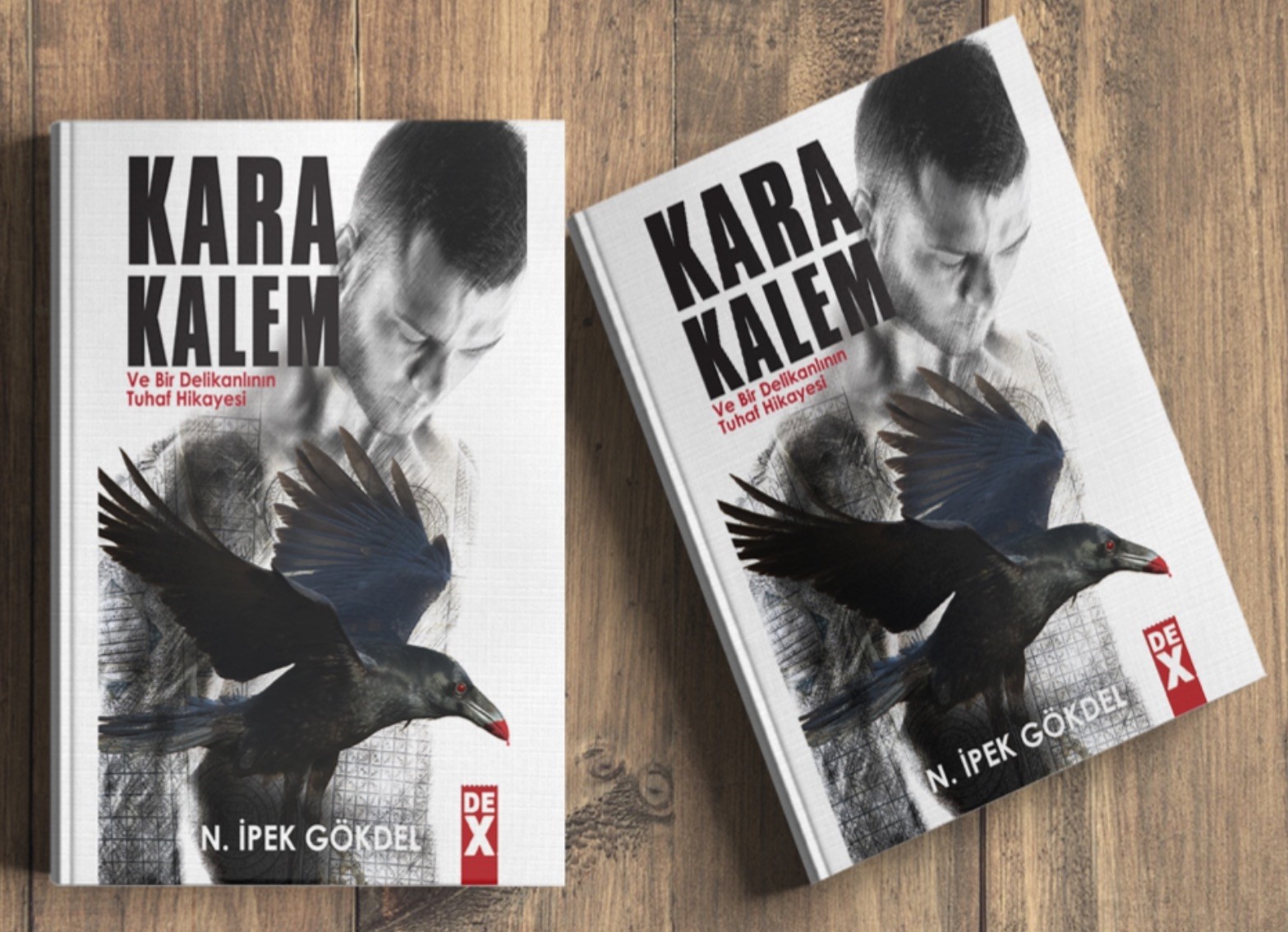 N. İpek Gökdel's first novel, "Karakalem ve Bir Delikanlının Tuhaf Hikayesi" (A Strange Story of Charcoal and a Young Man), published in 2016, tells the story of a young man named Yavuz, who finds an identical replica of a talismanic shirt belonging to an Ottoman emperor from 500 years ago, and his transition into becoming the guardian of Istanbul.

The novel, which claims that Istanbul holds the world's balance, is a story that belongs to the history of this land. Gökdel's novel has now inspired a 10-episode superhero fantasy Netflix Original series, starring famous Turkish actor Çağatay Ulusoy. 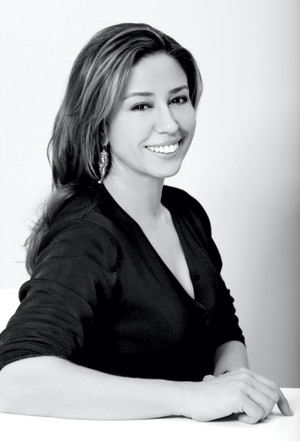 In an official announcement on May 29, 2017, Netflix confirmed that the series was expected to launch globally this year. The statement added: "The drama focuses on a young man who discovers that he has special powers. When dark forces that threaten to destroy Istanbul emerge, he must team up with a group of misfit friends to harness these powers to defend the city and all of mankind. The show will explore the rich cultural history of Istanbul and take the audience on a riveting journey into the heart of this magical city."

Gökdel, who has written TV series for major Turkish channels before, told Daily Sabah about her novel, that readers could get hold of the sequel to the entrancing historical mystery novel.

The novel was originally written as a script for a possible TV series or a movie but after unsuccessful attempts to sell the script, Gökdel decided to transform it into a novel. "In the early 2000s when I had a TV series production company, two scenarists, A.Özbek, A.Ünsal and I decided to write a scenario about a Turkish superhero, who found a talismanic shirt. But unfortunately, I was unable to produce the TV series myself or sell it to TV channels. I believe that the story is universal and has the potential to become a masterpiece. So, I had to tell this tale to the whole world. Therefore after many years, I decided to transform the story into a novel." 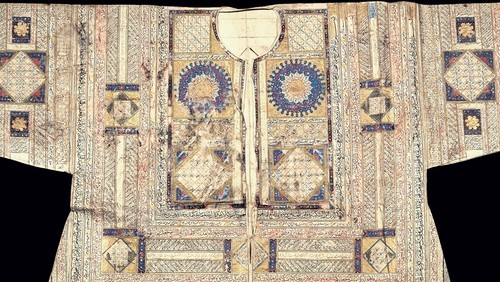 The story behind Gökdel's novel is centered on mysterious Ottoman talismanic shirts which they wore under their armor during military campaigns. A talismanic shirt would be prepared by the head astrologer, according to the sultan's time of birth, and contain Surah al-Fath (Victory) and other Quranic verses. Gökdel told us more about the talismanic shirts, some of which are still exhibited at museums around Istanbul.

"There are rare Ottoman talismanic shirts around the world and 87 of them at the Topkapı Palace Museum. They were believed to hold healing and protective powers. They incorporated designs with mysterious geometrical shapes, alphabetical accounts and various verses from the Quran. Talismanic shirts were specially made by augurs (astrologers) or Shaykh al-Islam for sultans like Süleyman the Magnificent, Selim the Grim and Mehmed the Conqueror. The belief was that "the one who wears the Ottoman talismanic shirt will be protected from evil and assailants."

Explaining how she incorporated the perplexing talismanic shirt in her novel, Gökdel said: "In my novel, the weaver from Denizli who made Selim the Grim's talismanic shirt is actually the protagonist Yavuz's great great grandfather. While making the Sultan's talismanic shirt, he also weaves another exactly the same shirt and prays saying that if he were to ever have a grandson, he would give the identical one to him, in the hopes that he too will become great and powerful like Selim the Grim."

Gökdel said that before starting to write her novel, she researched a great deal about the history of the Ottoman Empire and specifically of talismanic shirts. "I read 'Tılsımlı Gömlekler' [Talismanic Shirts] by Turkish art historian, academician and writer Professor Hülya Tezcan, who used to work at the Topkapı Palace Museum. I read substantially about the life of Selim the Grim and other historical resources on the Ottoman Empire and about the sheikhs during the reign of the Sultan."

She also focused on urban legends that have endured through time, like the legend of the talismanic shirts during the Byzantine and Ottoman eras. This way she was able to gain a deeper knowledge of Istanbul, a city is of great importance to her.

Talking about Istanbul's geopolitical significance, Gökdel said: "Istanbul has existed at this geographical location for over thousand years. The Istanbul Archaeological Museums uncovered the ancient Byzantine port of Theodosius in excavations at the city's Yenikapı district, pointing to its deep historical presence. Istanbul is situated in such a geographical position that it ultimately represents a border between the East and West. We are all familiar with the cliche that Istanbul is a bridge between Europe and Asia, however, I believe that Istanbul has a deeper and more complex meaning and it fundamentally holds the world in balance. It is the borderline of two parts of the globe."

The crow as a narrator in Gökdel's Novel

The crow, or raven, has become an important symbol in western literature thanks to authors like Edgar Allan Poe, using the bird to convey deep spiritual meaning. N. İpek Gökdel also utilizes the black bird in her novel, but as the narrator. While the reader travels with Yavuz and sees the streets of Istanbul through the bird's eyes, a completely different perspective is introduced.

Gökdel also talked about the mythological story behind the black raven. "There is a tale of Apollo who fell in love with Coronas, a Thessalian princess of unsurpassed beauty. He commanded his divine messenger, the white raven, to guard Coronas. Though Coronas was pregnant with Apollo's child, she strangely did not care for her divine lover but gave in to the advances of a mortal. When the raven brought news to Apollo of his lover's infidelity, he became enraged that his faithful messenger had not pecked out the eyes of the prince. Apollo flung a curse so furious; the raven's pure white feathers were scorched black. The raven or crow is not only seen in Greek Mythology but also in Native American Indian legends and Australian Aboriginal legends, as well. Although many people associate the crow with bad luck, there are some who believe the symbolic bird to be a prophecy bringer. In my novel, I use the crow as an observer or a watchman. I wanted the reader to watch the story unfold from a bird's eye view, which the crow named Karakalem allowed me to do."

Personal significance of crow for Gökdel

Our conversation with İpek Gökdel continued with her telling us about a personal account when the crow had great significance for her family during the Great War.

"The crow has a special place in my life, as well. During the Great War, my great great grandmother lived in İçerenköy, a district on the Anatolian side of Istanbul. At that time, men of the family were either at war or on a duty abroad. The women left behind were so lonely that they would frequently gather in communion. One day during one of their gatherings, they noticed a crow with a broken beak came and sit on one of the branches of the oak tree outside the house. They had the feeling that one of the men of the household was on the way to return home safely and they started domestic preparations. To their astonishment, one by one, every time the crow landed on the oak tree, they were about to hear a message that another man of the family was returning home. I grew up with these types of stories from the past and this is why I chose the crow. In my novel, however, the crow is under the influence of the enemy."

Yavuz, as an esoteric character

"Yavuz, the protagonist in my novel, attains superpowers once he wears the talismanic shirt. He is a hero of the modern times gaining power from something historic. However, even before we can recognize him as an esoteric character, he is an orphan who is self-disciplined. He is not a demanding child and he reads a lot. Yavuz carries a lot of the characteristics, which I hope to see in every child. He has a certain potential in himself even before he put on the talismanic shirt. What I most admire about him is his loneliness, his self-discipline, and his self-questioning attitude and an innate hunger for knowledge. Ultimately Yavuz is a young man with conscious awareness and that is what makes him so incredible."