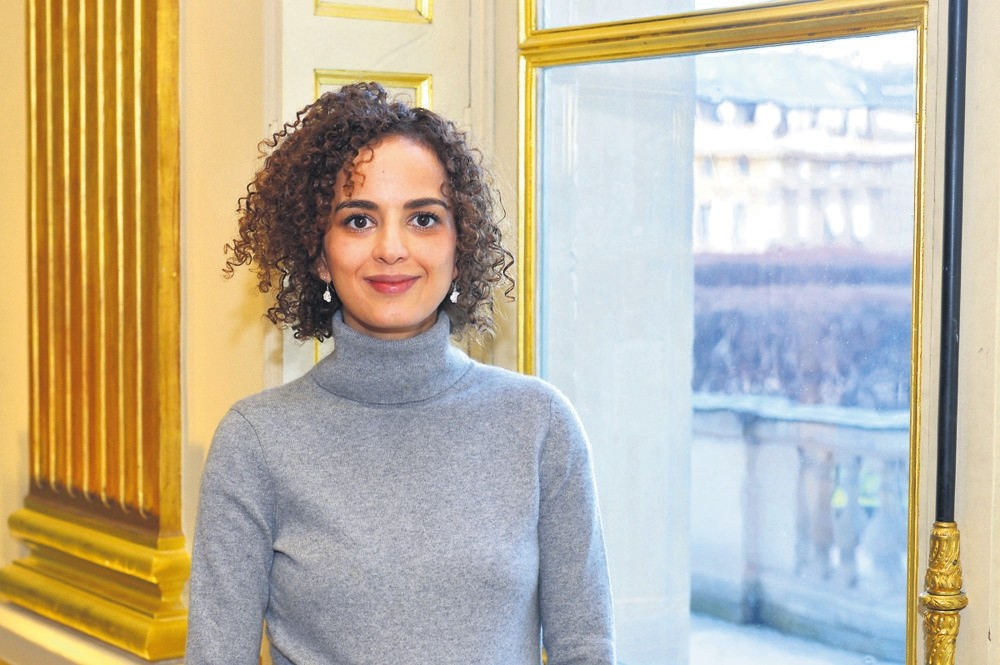 Leila Slimani's second novel ‘Lullaby,' winner of the 2016 Prix Goncourt, has been hailed in its 2018 English translation, as the next ‘Gone Girl.' The book is about the murder of the two children of Paul and Myriam, a mixed race couple who are the epitome of the French middle class. When Myriam decides to go back to work, she knows exactly what kind of nanny she wants to look after her children. Slimani's book tells us how Myriam's nanny of choice might not have been the best one after all

In some ways it seems a bit unfair that two children - albeit fictional - have to die for this story to be told. Leila Slimani's "Lullaby" ("Chanson douce" in French, literally meaning "gentle song") tells the story of the murder of two children by a nanny. I assure you that this is not a spoiler, because it is already written on the cover. "The baby is dead. It took only a few seconds," the Faber and Faber edition tells us. It is indeed the death of the child that is the selling point of the novel. What negligence, what evil in the human spirit may have caused these children's deaths, worse, murders? The death of children in the abstract still continues to horrify us despite the barrage of bodies of dead and maimed children on TV screens. Once you read that on the cover you want to find out, you want to understand how this happens, and indeed, how we let this happen. In that sense, the book is more of a "whydunit" than a "whodunit." 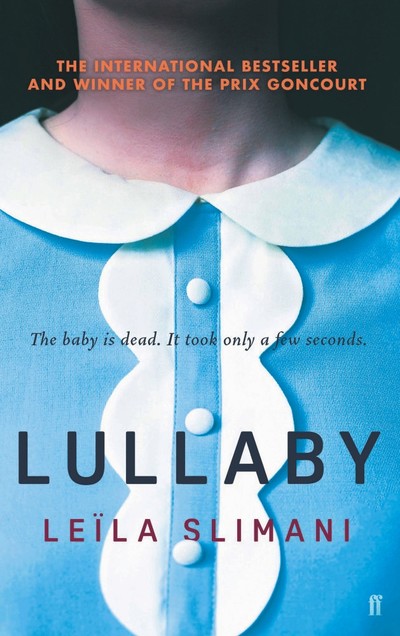 The book opens with the awful news of the baby's death as the cover promises, and working back from the crime scene and time, we try to piece together the reasons for this evil act. Following on from that, the first sentence of the second chapter introduces us to a very contentious element in modern French society "No illegal immigrants, agreed?" The speaker, Paul, is discussing the kind ofnanny they are planning to employ so that his wife, Myriam, can start working again. So far, so middle class. There is whiff of the exotic about the name Myriam, one of these Biblical names that you can find in almost all the races in the world, like Sarah and Hannah, in all their variations. We see Myriam in conversation with Emma, in which Emma is saying an immigrant nanny with children is a bad idea because they will have demands in terms of work time.

Myriam considers this comment discriminatory, but it's revealed in the next sentence that the category of discrimination she is thinking of is not race but the fact that the nanny might have a child - Myriam too is a woman with children who "dares" to work. With such subtle tricks, Slimani delays telling us where Myriam is "really from." The stigmatization/congratulations that Myriam gets in the first few pages are all to do with her motherhood. Slimani's next hint of Myriam's racial identity comes when she enters the office for an agency for nannies.

The manager asks Myriam whether she has come to apply for a job - taking her to be someone who would work in the service, rather than someone who can pay for these services. "But how could she have imagined that this tired-looking woman with her bushy, curly hair was the mother of the pretty little girl whining on the pavement?" This is the first time we get a visual glimpse of Myriam, suggesting not so Aryan physical features, and a discrepancy between her child and herself. Slimani comes clean only towards the end of chapter three, that this will be a novel about a white nanny killing half-north African children:

"Myriam had been perfectly clear. She does not want to hire a North African to look after the children. "It'd be good," people told her. "Try to convince Paul. She could speak Arabic to them since you don't want to." But Myriam steadfastly refuses this idea. She fears that a tacit complicity and familiarity would grow between her and the nanny. That the woman would start speaking to her in Arabic. Telling Myriam her life story and, soon, asking her all sorts of favors in the name of their shared language and religion. She has always been wary of what she calls immigrant solidarity."

This paragraph encapsulates, with unforgiving precision, a certain attitude to be found among the brown middle classes in Europe. It is the only place in the novel where Myriam is seen to acknowledge that she is actually a Muslim. Using Myriam as a springboard, Slimani then launches into a portrayal of white/brown French middle class values and the little crimes that accompany them - and it is in those passages that the book is a triumph.

Myriam is one of those women who have the courage of her convictions, and so when she manages to find a white nanny, she has to tell everyone how wonderful she is, how right she was not to employ a woman who has bushy, curly hair like herself. The passages in which Myriam showers praises on the nanny, Louise, will be familiar to those who employ, or have friends who employ nannies when they go out to do something in the world. The nanny is a complete godsend, the nanny is miraculous, because, you understand, one wouldn't have dreamt of leaving one's precious children with someone who was anything less than a wizard when it comes to child rearing, housework and cooking. There are funny scenes in which women compare nannies to discuss who has got the best one. This is of course an excellent plot device for Slimani, because it is this over-confidence in their good luck that Myriam and Paul will be tested in the most horrific manner.

The remaining task for the plot, then, is to introduce us to the mind of Louise. Alternating with scenes of Myriam and Paul's house parties and general middle class shenanigans, we see Louise leading a solitary, precarious life. There's a history of an unhappy marriage, a daughter who has disappeared, and we understand that Louise experiences order and happiness vicariously, through the lives of her employers. We see her spending time in Myriam and Paul's flat, becoming more and more "house proud" of a house that doesn't belong to her.

Throughout her relationship with the couple the subject of race isn't raised even once, nor do we ever see a reference to it when we go into the mind of Louise. It is as if she doesn't see race at all, concentrated, as she is only on the comfort levels that that the family's class will afford them. The novel slowly turns into the familiar cuckoo's nest story - only this time Louise does not want to lay her own eggs in this nest that she loves, but tries to get Myriam and Paul to produce a new offspring, one which, she believes, will belong completely to herself. And gradually, she sees the already present offspring an impediment to the newborn baby that she keeps fantasizing about.

I am not sure if Slimani is as good at conveying Louise's warped mindset as she is at providing scenes of French middle class ennui. Still, it's the impending crime that drives the story of middle class manners onwards in "Lullaby" - a crime that seems to come as a punishment to the privilege and smugness that both Paul and Myriam feel they are entitled to.