Encyclopedia of Istanbul archive to be digitized 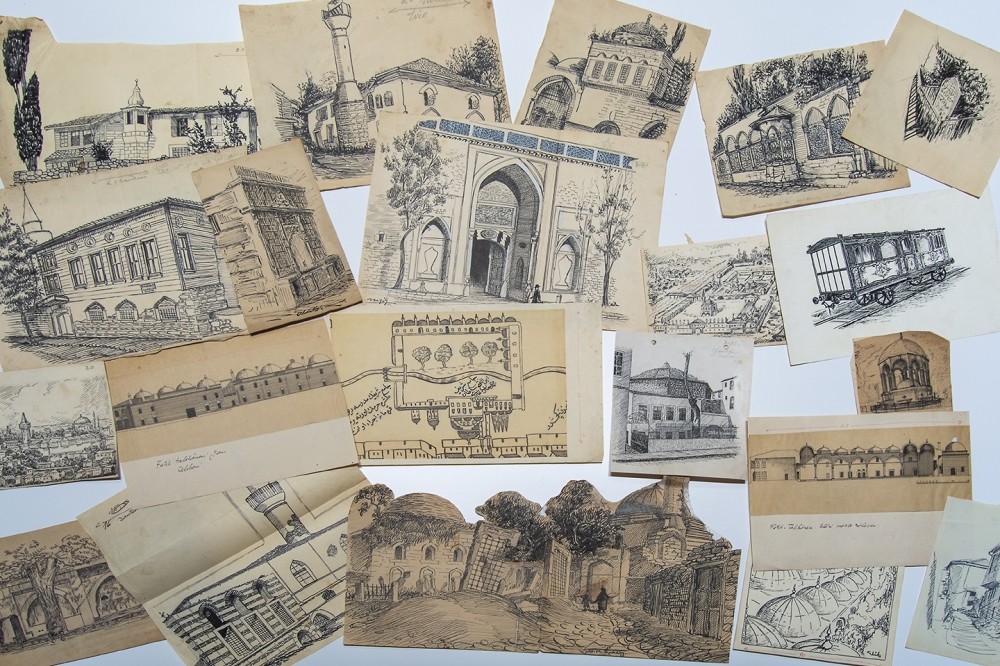 Published volumes of historian and novelist Reu015fad Ekrem Kou00e7u's unfinished Istanbul Encyclopedia, and various documents about the publishing will be digitized as part of the project.
by Daily Sabah Nov 08, 2018 12:00 am

Eleven volumes of Reşad Ekrem Koçu's unfinished Istanbul Encyclopedia and thousands of documents about the content of its unpublished volumes are being transferred to a digital environment as part of a three-year project started as a collaboration betweeb SALT and Kadir Has University.

The project will see the published volumes of historian and novelist Reşad Ekrem Koçu's (1905-1975) unfinished Istanbul Encyclopedia, and various documents about the publishing, as well as be open to access through online software after being transferred to a digital environment.

Koçu continued his comprehensive resource review and article writing which he started in 1944 to prepare his perfect register until 1973. Many subjects from the streets to architectural structures, from important or ordinary people to the city's customs, from historical events to urban legends were registered with story-like narrations and images.

The Istanbul Encyclopedia, in which the precious historians, literary figures, academics and artists of the period contributed to, is a unique blend of Western encyclopedism, and is shaped around the personal interests of Koçu, in the tradition of bibliographical dictionaries.

It is not just a source of references, a collection of experiences or a gigantic attempt to include everything about Istanbul, but an extraordinary study that constructs a unique idea or image of Istanbul by processing all this material in accordance within the particular hierarchies of importance and strategies of inclusion and exclusion.

The situation of the documents, which are the basis of the later volumes belonging to the Istanbul Encyclopedia, whose 11 volumes run up into the letter G, were published when Koçu was alive, was always a matter of concern.

The archive of the Istanbul Encyclopedia, which was taken over by Kadir Has University, has nearly 20,000 items, contains 1460 published works from Koçu's personal library and extensive materials that he compiled, edited and wrote for the future volumes which were left unfinished at the design stage. The joint project, the development of which was undertaken by SALT, is preparing to open data that deserves to be evaluated from the perspective of various research disciplines for examination, while making the Istanbul Encyclopedia accessible online.

The archive of the Istanbul Encyclopedia is a kind of media archaeology laboratory in terms of the ideas it gives about producing multi-volume and multi-authored publishing in the second half of the 20th century.

The document group, including the drafts of articles planned for volumes G to Z, early versions of some articles in the published volumes, independent texts, photographs, sketches and quotes give insight into the complicated and multilayered process of the encyclopedia.

In this context, the joint project by SALT and Kadir Has University brings expert teams together with independent researchers, enabling them to exchange interdisciplinary ideas and working methods. The project, where machine intelligence is planned to be used in the cataloging of the archive, will be completed with online software that will pave the way for new research topics by creating links between content.