Open the vaults: Unpublished Salinger work to be released 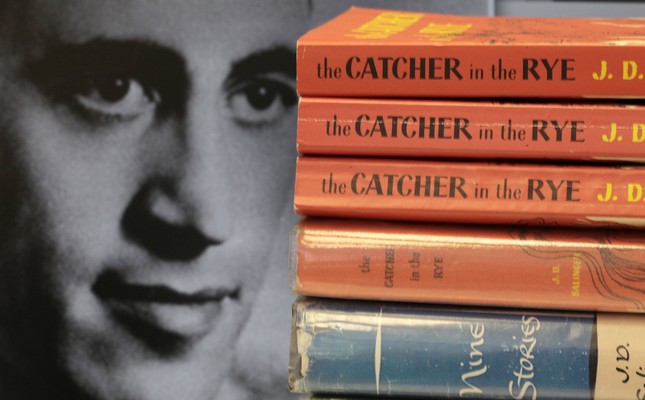 One of the book world's greatest mysteries is finally ending: J.D. Salinger's son says previously unpublished work by his late father will be coming out.

In comments that appeared Friday in The Guardian, Matt Salinger confirmed longstanding reports that the author of "The Catcher in the Rye" had continued to write decades after he stopped publishing books. He said that he and Salinger's widow, Colleen, are "going as fast as we freaking can" to prepare the material for release.

"He wanted me to pull it together, and because of the scope of the job, he knew it would take a long time," Salinger said of his father, who died in 2010 and had not published work since the mid-1960s.

"This was somebody who was writing for 50 years without publishing, so that's a lot of material. So there's not a reluctance or a protectiveness: When it's ready, we're going to share it," he said.

Salinger, who helps oversee his father's literary estate, says any new work might be years away and did not cite any specific titles or plots. He did indicate that the Glass family made famous in such fiction as "Franny and Zooey" would be seen again.

"I feel the pressure to get this done, more than he did," he said, adding that the unseen work "will definitely disappoint people that he wouldn't care about, but for real readers . I think it will be tremendously well received by those people and they will be affected in the way every reader hopes to be affected when they open a book. Not changed, necessarily, but something rubs off that can lead to change."

J.D. Salinger published just four books in his lifetime: "Nine Stories," ''The Catcher in the Rye," ''Franny and Zooey" and a volume with the two novellas "Raise High the Roof Beam, Carpenters and Seymour: An Introduction." The last work to come out in his lifetime was the story "Hapworth 16, 1924," which appeared in The New Yorker in 1965.

Salinger rarely spoke to the media and not only stopped releasing new work but rejected any reissues or e-book editions of his published material. This year marks the centennial of his birth and signs of a new openness emerged in 2018 when his estate permitted new covers and a boxed edition of his old fiction to come out for the 100th anniversary. A Salinger exhibit is planned later this year at the New York Public Library, and other promotional events are in the works.

Over the past half-century, rumors and speculation intensified over if any new books existed and if they were of publishable quality. A former lover, Joyce Maynard, and Salinger's daughter, Margaret, have both contended that the author continued to write books, allegedly stored in a vault in the author's home in Cornish, New Hampshire.

A 2013 documentary and book by Shane Salerno and David Shields cited two "independent and separate sources" in predicting five new works. One of the Salinger books would center on "Catcher" protagonist Holden Caulfield and his family. Others would draw on Salinger's World War II years and his immersion in Eastern religion. Matt Salinger has dismissed the contents of the Salerno-Shields project, but never definitively said that no new work would appear.

Salerno wrote in an email Friday to The Associated Press that "it was always his (J.D. Salinger's) intention — and specific direction — to have his work published after his death."

"I'm thrilled that Salinger fans around the world will finally get to see this important work from one of America's finest writers," Salerno added. "As the stories roll out over the years, I think you will find that all of our reporting was correct."

Share on Facebook Share on Twitter
Previous in Books The Consulate General of Hungary in Istanbul held a special event... Next in Books The International Eurasia Book Festival will bring together many national...
DAILY SABAH RECOMMENDS