Ruth Ware: 'It's a great time to be a female crime writer' 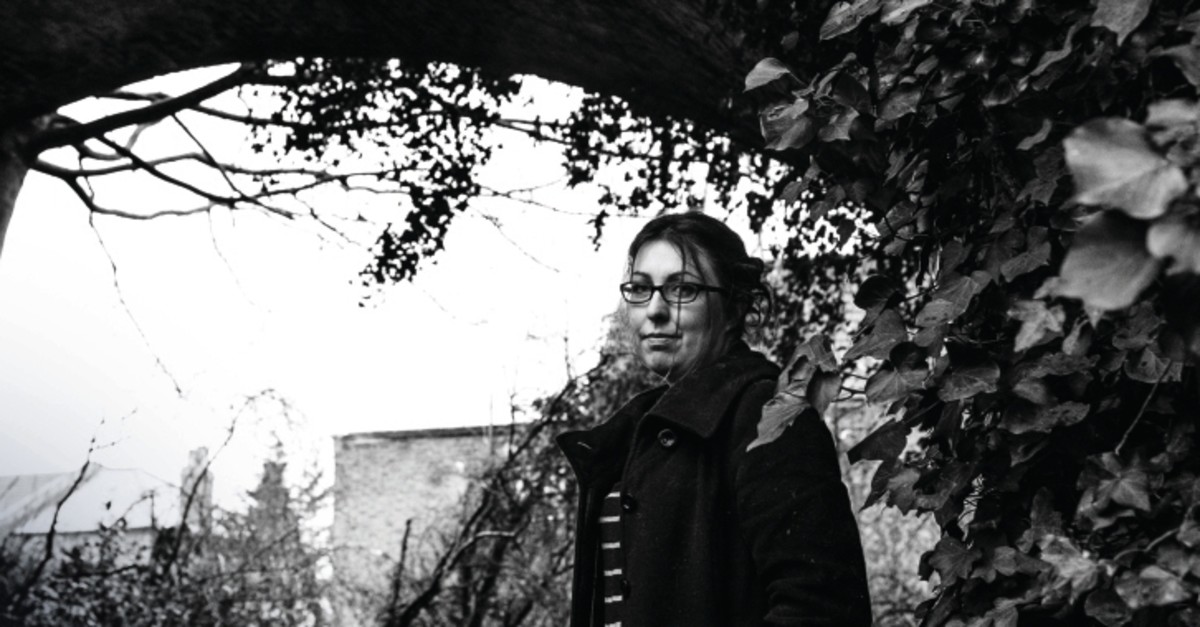 One of the strongest writers of psychological thrillers today, Ruth Ware met Turkish booklovers at the 11th Istanbul International Literature Festival. In an interview with Daily Sabah, Ware discussed her writing career and inspirations

British writer Ruth Ware has worked wonders in the psychological thriller genre and her novels are snatched up by booklovers worldwide as soon as they're released. Her novels include "In a Dark, Dark Wood" (2015), "The Woman in Cabin 10" (2016), "The Lying Game" (2017) and "The Death of Mrs. Westaway (2018), with the first two being on the U.K.'s Sunday Times and The New York Times top 10 bestseller lists.

Three of her books have been translated into Turkish: "In a Dark, Dark Wood," "The Woman in Cabin 10" and "The Lying Game," which will be released on Friday. The first of these translations was released by Yabancı Publishing House while the last two belong to İthaki Publishing House.

The writer met bookworms in Istanbul yesterday as part of the 11th Istanbul International Literature Festival and gave insights on her career and inspirations to Daily Sabah.

Ruth Ware was born in 1977 and grew up in Lewes. She studied English at Manchester University, where she developed a fascination with Old English and Middle English texts. Ware now lives near Brighton. Before becoming a famous writer, Ware worked as a waitress, a bookseller and a publicist. She also spent time in Paris, teaching English as a foreign language. But she had the urge to write since she was very young.

"I was always writing, right from when I was a little girl. But I never believed that I could be a published writer; I just kept writing and putting the books under my bed. I was in my thirties before I got the coura

ge to send a novel out to literary agents, and to seriously try to get published. I think before that I was too scared of rejection," she said sincerely.

As a mother of two, she has also another special world where she tries to separate work and family time. "I try to treat my writing like a job - I write when the kids are at school and I shut my computer down when they come home. After 4 o'clock I am just mum," she noted.

In the thriller genre, it is hard to keep the characters and action all together in the mind, even as a reader. Ware explained she has all of it in her mind: "I keep it all in my head! A lot of writers I know have very complicated plotting methods with whiteboards, index cards, long timelines or even specialist software to help them plot. I don't do any of that. I will occasionally write a few paragraphs for my publisher or agent if they need more information about the book, but mostly I keep the characters and ideas in my head. It helps that I think about each book for a long time before I start to write it, so I know the characters and settings behind it very well before I begin."

A fan of thrillers throughout her life, she always had the inspiration in herself. "I always loved reading crime thrillers, but for some reason I never tried to write one, until I sat down to write 'In a Dark, Dark Wood.' I don't know why not, because as soon as I began writing in the genre I was hooked! It is the perfect combination of head and heart - an interesting battle of wits with the author, and a pulse-pounding mystery," she said.

Although not a widely known fact, before 2015, Ware released five young adult fantasy novels under the name Ruth Warburton. Later she went on to write novels as Ruth Ware. As I wondered if those works succeed or not, she explained, "They did very well, but the young adult market in the U.K. is quite small, of course there are many fewer teenagers than adults. Then I had the idea for 'In a Dark, Dark Wood,' and it was very clear that it could not be a book for teens. You don't get 13 year olds going to hen parties! So I knew that I had to change genres. This was a really scary leap, but it also gave me a lot of freedom to include themes that I couldn't discuss in my books for teenagers, like drug abuse and swearing. However this gave me a problem, as I didn't want my teenage fans accidentally picking up a book intended for readers much older than them. For this reason, my publisher suggested that I use a different name, to make it clear which books were for which readers. I didn't want to make it a secret, so I deliberately picked two similar names so that people would see the connection. Because 'In a Dark, Dark Wood' was a very long title, the design department suggested that I should use a short name, so that the jacket wasn't filled with too much text!"

She rose to fame among thriller lovers and her books became bestsellers especially starting with "In a Dark, Dark Wood." "It felt very sudden to me! I imagine every writer wants to see their books on bestseller lists and optioned for films, so yes, it's certainly something I had dreamed of happening. However I don't think I ever really thought it would," she expressed in surprise.

Three of her books have been optioned for films and she is curious to see them: "Although they have been bought by film companies, the films have not yet been finished, so I have not see them yet. I don't know how I will feel when I do - of course you always worry that the film will be different to how you imagined it, but I guess I have to let the books go. A film is a different thing, and needs different qualities to succeed."

Ruth Ware is frequently compared to Agatha Christie and many think her style resembles Christie's. She seems like she has no problems with it: "I love Christie so I take it as a huge compliment. I think perhaps when people talk about our similarity they mean my plotting - at least I hope so, because I think Christie's plotting is exemplary. Where I think we differ is in character. Christie's characters are often quite buttoned up and don't show much emotion. I think she would strongly disapprove of my rather emotional young women."

A FEMALE TOUCH ON THRILLERS

In a genre that has long been dominated by men, she is a shining star. She stressed the importance of the existence of female writers and how happy she is about this. "Actually in the U.K. at least, women are doing incredibly well at the moment, particularly in thrillers. There are writers like Paula Hawkins, Gillian Flynn, Clare Mackintosh, Erin Kelly. And perhaps because of this, some of the most successful male writers are writing from a female perspective and using initials - like SJ Watson and AJ Finn. So it's a great time to be a female crime writer, and I'm very happy that there are so many successful women out there!" she said.