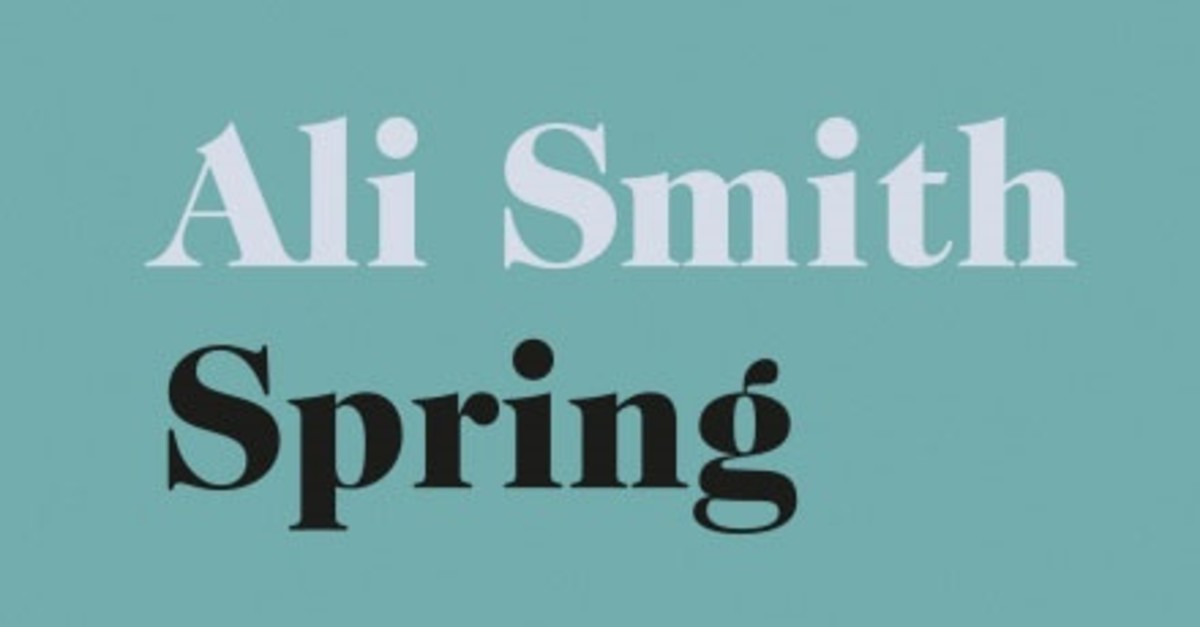 Ali Smith's third instalment ,Spring, was published this March, and the author continues her magic touch of turning reality into a beautiful, considered fiction that tunes into the music of our own time.
by Nagihan Haliloğlu Aug 11, 2019 12:00 am

Ali Smith's third in her quartet of novels on contemporary Britain offers a portrait of a country gripped by divisive discourse and apathy. Still, a couple of characters shine through with their insistence of the good that ordinary people can do

British author Ali Smith started her project of writing a quartet of novels about contemporary U.K. with her book "Autumn" in 2016. The timing, as we like to say in Turkish, was "meaningful." Autumn 2016 was the immediate aftermath of the Brexit referendum and when Smith's very topical book came out it was very well received, both for its style and daring, tackling a contemporary issue before it has been "digested," before we know which way the events will unfold. It was followed by "Winter," in 2018, when the Brexit vote had already started to take its toll on the social and political climate in the country.

It is now 2019 and Boris Johnson is the PM. Smith's third installment "Spring" was published in March of this year, and the author continues her magic touch of turning reality into a beautiful, considered fiction that tunes into the music of our own time. And this music goes something like this in the U.K.:"Now what we don't want is Facts. What we want is bewilderment. What we want is repetition. What we want is repetition. What we want is people saying the truth is not the truth [...] we want powerful people saying they want other powerful people chopped up in bags in my freezer we want muslim women a joke in a newspaper column we want the laugh we want the sound of that laugh behind them wherever they go."

This relentless hook goes on for three pages, and the reader, having absorbed the discourse is curious to find out what happens to characters who are subjected to such insidious discourse. Maybe fictitious characters will be able to handle it better than we do. Maybe the space of the novel will give all this propaganda some coherence so we can work ourselves out of it.

As with the previous books in the series, Smith provides a cast of characters of different ages, to give us a sense of history, the passage of time, and cultural transformations that U.K. has gone through. The first character we meet is Richard Lease, a director who has just been commissioned to make a film. He is to adapt a "historical novel" which imagines Katherine Mansfield and Rainer Maria Rilke meeting in Switzerland and having a passionate love affair. It is the sort of costume drama that U.K. is known for, the sort of thing that U.K. can still make money out of. And it is the sort of thing that Lease does not want to indulge in; the reproduction of fantasies that titillate home and overseas viewers and that are disloyal to the genius and memory of these literary figures. The person - or rather the memory of the person - that keeps Lease beholden to his artistic integrity is his long-time lover Paddy whom he has lost quite recently. His fragmentary thoughts are a measure of how he is still deep in the grieving process - she haunts his everyday as he remembers conversations he had with her about the project and about life in general. These are conversations that naturally veer towards an assessment of where the culture industry, indeed, the whole of British public life is going.

Another presence that haunts Lease's day is his "imagined daughter" whom I first took to be a daughter he wished to have; a daughter he would like to explain the world to but in equal measure, to apologize to for what we have turned this planet into. As we get more and more intimate with Lease, we learn there has been a marriage and then a daughter, and yet are not quite told why he doesn't see her any more.

The real girl that crosses his path in the novel is Florence, whom we first hear about through Brit (short for Brittany) who works at a refugee detention center; that other always flourishing industry in the U.K. It is quite sobering to see that Smith has given the "everyman" name to this young woman suggesting that with the numbers of refugees kept in prison conditions in the country, Brits have effectively, collectively become detention officers. But then there is Florence who will remind Brit(s) that they are and can be much more than that, that they can help people if they choose to. Brit falls for the charm of Florence and accompanies her on her quest to go north, following a cryptic message on a postcard.

On the train north, Brit peeks at the notebook that Florence has been carrying around with her. Is that the source of this twelve-year-old's wisdom and charm? Like Santa Clause, or indeed like the recording angels, she has been writing down all the good and bad conversations she has been hearing. When they arrive at the station signaled on the postcard, they form a merry band with Lease, and then a local woman and drive to the battlefield of Culloden, the last battle between the English and the Scots. That too is there to remind the readers of the centuries that took to build a union within Britain, and how these borders are reasserting themselves now through how different parts of the union voted in the Brexit referendum. Paddy is, as you would expect, Irish, and has all the right presentiments about what Brexit will bring to the island of Ireland. The past is never past, it lives in the landscape, and indeed the very words we use

"Did you know," Alda says, "that the word slogan was a Gaelic word originally? [...] From the words for the shout of the army. Sluagh- ghairm. Slogan. It means war cry. Tells you all you need to know about what slogans are always about, whether take back control or leave means leave or don't but from Jews or I'm lovin' it or just do it or every little helps."

The warning here is of course not only the blatantly violent or racist slogans, but slogans that encourage us to engage in full-tilt capitalism, and even slogans from charitable organizations that help us clear our consciences by donating to causes.

This defeatism is not, however, the overall feeling of the book, nor is it one that Smith wants us to leave with. It is, after all, entitled "Spring," and despite its fame as the cruelest month in English literature, she finishes the novel with a dirge on April, its sense of play and rebirth

"Pass any flowering bush or tree and you can't not hear it, the buzz of the engine, the new life already at work in it, time's factory."