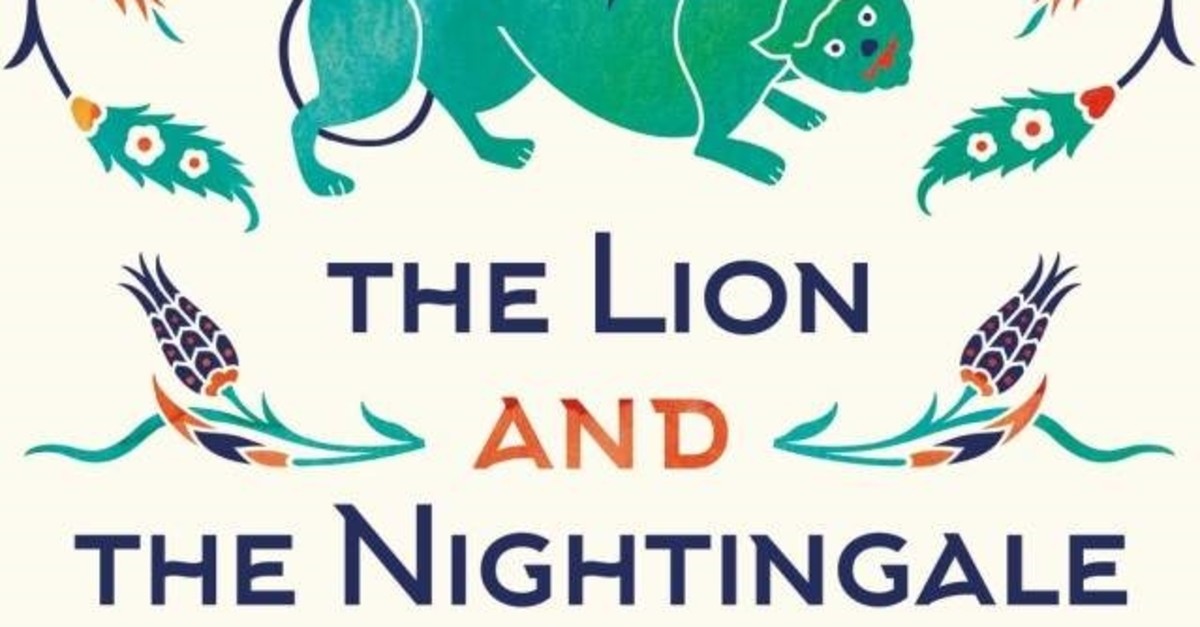 When I read international news about Turkey, I get a tinge of pride to see that more often than not, the country is held to higher standards than many others concerning the treatment of refugees, freedom of the press and women's rights. Turkey must do better, as the whole world expects us to! Books about Turkey, which are quite popular internationally, tend to be about how we fail at various things, making it quite a feat to smuggle in a balanced perspective when you write for that audience.

In his latest offering "The Lion and the Nightingale," Kaya Genç tries to do just that. His gambit is a familiar one – observing a country through two opposing camps. In this book about Turkey, somewhat refreshingly, Genç has gone for "lions" and "nightingales" rather than the tired camps of "secular" and "pious." Lions, in this narrative, are those who are in power and like to wield it (and those who prop that power), and nightingales are the precarious class who are at the whim of the lions and their lackeys.

In his previous book "Under the Shadow," Genç had chosen to follow the lives of Young Turks from a variety of backgrounds, to give a panorama of the sort of lives lived in a Turkey governed by President Recep Tayyip Erdoğan. In "The Lion and the Nightingale," he treads familiar ground through a different method, using artistic license to see the world through his protagonists' eyes – using them to provide the focus and inserting his own relevant experience as the story might demand.

As a book about Turkey, there is no shortage of interesting characters and we are introduced to most of them through a brooding style – it is, after all, a narrative about post-coup-attempt Turkey, where people have become more alert than usual about the consequences of personal and political decisions. Lions naturally have thicker skin than nightingales – Genç considers himself to be firmly of this camp – and they will continue to do much better in all circumstances.

Like all books that work on a sampling of the population, the characters portrayed run the risk of being "representatives" of the classes they are a member of. We get an idea of the living conditions in Turkey through the consciousness of these characters. We read a woman artist thinking about how difficult it is to be a single independent woman in Turkey, or an academic contemplating that Turkish academics come from affluent families. When moments like these – ones that cross paths with my own experience – occur I want to take the character aside and have a word with them about many other lives I know of and encourage them to come down from their ivory tower of despondency.

These views are part of the reality on the ground in Turkey – views that often get a fair hearing in international media. Genç, however, manages to smuggle in other stories that get forgotten and that explain Erdoğan's abiding popularity. My own biased favorite is of Ravza Kavakçı, who had become a popular face on Twitter when things had gotten more than a little rowdy in the Turkish Parliament. Standing on the speakers' platform, her disapproving eyes hovered above the male MPs punching each other into consensus. I had a vague sense of her beginnings – she is, of course, the sister of former MP Merve Kavakçı, who had been booed out of the Parliament in 1999 for wearing a headscarf – and Genç provides very interesting details about her taste in opera and ice-skating, which, to me, explains the rather worldly attitude she gives off every time she is interviewed.

"The Lion and the Nightingale" holds another interest for me, in the story of Şener Özmen, poet and video artist, whose 2003 video "Road to Tate Modern" I watched on TV and liked very much. Genç recounts Özmen's career, making him the focalizer, and we see that it provides a template for the fate of a lot of professionals in Turkey – how their careers and freedom to express their identity wax and wane according to the current political climate. Genç ventriloquizes Özmen's hopes for the Reconciliation Process, grieves for its later unpopularity, and tells of the travel restrictions he faced after the coup attempt along with many other academics and artists. A promising artist whose career is frozen in time in 2003 for me but whose life has gone through so many revolutions, Genç is very good at picking up on these loose ends that Turkey seems to leave laying around through rapid succession.

Genç also reports on the ways in which Turkey is perceived abroad, providing anecdotes of his book tours and writers' residences. One country he visits a number of times is Britain, where people seem worried about their Turkish holidays more than anything else (cue in Thomas Cook joke). "One audience member said he grew up listening to stories about the evil Turk. Now European and British editors happily associated that dangerous, incomprehensible creature with Turkey's administrators. I suspected that Europeans saw conservative politics as a verification of the tales they had heard as children. I felt compelled to tell Turkey's story in a different way, but I wasn't sure people were ready to hear a different story." I, for one, wonder if 80 million of us lining up to enter Britain will be this decade's contribution to the image of the evil Turk.

"Everyone remembered the course of events differently. The pace of developments had surpassed our ability to process them," Genç says, describing a New Year's party he attended that ushered in 2018. This is where "The Lion and Nightingale" does the most important work and operates like an almanac. It takes a longer view of things – longer than our social media trained minds have almost ceased to process. It helps us look back to, if not discover a pattern, to see what bits of the stories that we have been consuming since 2017 have the most relevance today. This taking stock is a precious exercise, if for nothing than for a tentative measure to understand which of the stories we are exposed to today will be the defining features of tomorrow.