Moody's in talks in Ankara for possible upgrade 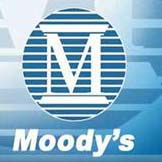 A three-person technical delegation from global rating agency Moody's, which increased the outlook of Turkey's Ba2 local and foreign currency bond rating to positive from stable some 10 days ago, is in Ankara to scrutinize Turkey's budget performance and its budget prospects for the coming period.


The delegation is also conducting talks with officials from the Finance Ministry to secure information from the country's authorities on the topics under discussion.

Speaking to Today's Zaman on the condition of anonymity, a Finance Ministry bureaucrat said the Moody's visit indicates that an upgrade of Turkey's note is a possibility in the short term.

The Moody's team is also analyzing the premises -- especially the expenditure items -- as set out in the Medium-Term Economic Program (MTEP) and the Medium-Term Fiscal Program (MTFP), the official noted. "The budget figures are quite good and the Moody's delegation has also confirmed this. They are comparing the words of the politicians with the facts provided by the bureaucrats. We believe their deliberations in Turkey may result in a scaling up of Turkey's rating," he said.

When the US-based agency increased Turkey's outlook from stable to positive while increasing the growth projection for the Turkish economy to 6.5 percent for 2010 and 5 percent for 2011, economists argued that this change in attitude is a signal of an expected upgrade within the next 12 months.

Standard & Poor's is keeping Turke's grade at BB+ (with a positive outlook), two notches below the investable level, whereas the Fitch's BB+ (with a stable outlook) is only one step behind the threshold of investable level.
Last Update: Jan 19, 2011 11:15 am
RELATED TOPICS