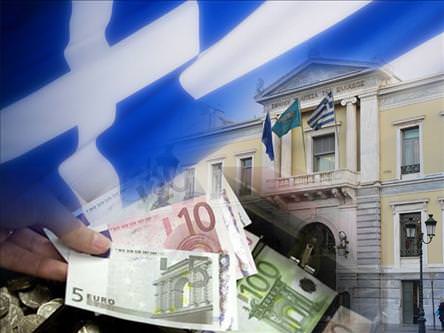 Nikos Tsatalbas, a salesman from Athens, insists that he does not know whether incompetence or corruption were the root cause of the financial crisis gripping Greece.

But he does have a reasonably clear idea of how he will confront the obstacles ahead.

"I plan on getting out as soon as possible and will go to Cyprus where the whole system is better," the 29-year-old said recently, while nearby, thousands of strikers marched through the Greek capital, beating drums and yelling anti-government slogans.

"Two of my friends have already left in the past six months and have found jobs which pay much better than they do here," he said.

Tsatalbas is one of a rising number of young college graduates in Greece who have decided to jump ship rather than deal with the responsibility of the massive debt liability amassed by their elders.

Greece's national debt, currently at about 300 billion euros (400 billion dollars), is bigger than the country's economy. Now the government is struggling to reform its spending practices and stimulate future economic growth in exchange for 110 billion euros in loans from the European Union and International Monetary Fund (IMF).

On top on that, a string of political corruption scandals and a system that favours the well-connected over the talented has left many young Greeks disillusioned about the future.

More than five decades ago, thousands of people left Greece to seek a better life in the United States, Canada, Australia or elsewhere in Europe.

During the prosperous 80s and 90s a number opted to come back after Greece joined the EU and jobs opened up as the country prepared to host the 2004 Olympic Games.

But with youth unemployment expected to reach 28 per cent by the end of 2010, many young educated Greeks have created a new wave of emigration and are seeking their fate in foreign markets such as Cyprus, Britain, Germany, Turkey and the Middle East.

According to a recent survey, seven out of 10 young Greeks are keen to abandon the country as austerity measures cut into incomes and reduce career prospects.

Four out of 10 are actively seeking jobs abroad or are continuing their studies in a bid to gain a foothold in the foreign job market. The survey, conducted by the polling firm Kapa Research for To Vima, a center-left newspaper, questioned 5,442 Greeks ages 22 to 35.

"We have seen a considerable increase in the number of Greeks sending emails to us and visiting labour offices in Nicosia in the past six months," says Antonis Kafouras from the Ministry of Labour and Social Insurance in Cyprus.

"The majority are educated young people in their 20s and 30s who are starting out or have lost their jobs," said Kafouras, adding that "Cyprus is an attractive option for Greeks mainly due to the high standards of living and cultural similarities."

Cypriot officials have also noticed a considerable increase in the number of applicants by Greek teachers in recent months, in addition to other government positions on the island.

The Greek Cypriot economy has posted a slight growth of about 0.5 per cent in 2010 after it shrank 1.7 percent in 2009, while its unemployment rate is 7 per cent, below the EU average.

"Overall we have coped much better with the economic crisis than what has been observed elsewhere in Europe - but we too are confronted with challenges," says Andreas Haralambous of the Cyprus Economics Ministry.

By contrast to Cyprus, the Greek economy is expected to shrink 3 per cent in 2011, as continuing austerity measures weigh on economic activity.

Many, like Tsatalbas, are leaving because they believe doors are closing in Greece. For others like 26-year-old Petros Alexakis, who is looking for his first job after college, those doors never opened.

Having graduated with a degree in political science from Panteion University in Athens he has been looking for work for the past two years.

"The potential for finding a steady job in Greece is diminishing and now with the crisis all hope is being lost," he says.

Experts fear there could be a brain drain with many of the country's most talented and qualified workers heading overseas for high-paid jobs and better lifestyles.

Scientists, engineers, doctors, lawyers and even teachers are among the English-speaking talent heading to foreign lands.

Popy Tririgotis, 33, a chemical engineer, will soon be joining her husband in Dubai after he found work a month ago in a private bank. He is now earning three times as much as he did in Greece.

"If you want to have a half decent life, you cannot do it here," she says. "It has always been hard, but now it is almost impossible."

The government has announced a 2.6-billion-euro jobs programme to combat unemployment. The programme includes cutting the social security contributions for small businesses that hire young people and lowering the minimum monthly wage to 590 euros from 700 euros.

The EU and IMF have applauded the changes but insist Greece needs to press ahead with measures to stimulate growth.

"What Greece now needs to do is to restore growth because without growth there's no solution to the problem of the country," said IMF chief Dominique Strauss-Kahn during a recent visit to Athens.