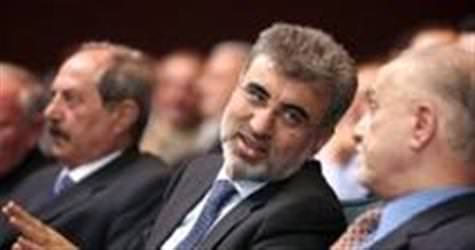 South Korea must make an improved offer if it wants to secure a project to build a Turkish nuclear power plant, the country's ambassador to Seoul said Monday.

"The plan offered by South Korea did not meet Turkey's expectations," he told Yonhap news agency by phone. The embassy confirmed his comments.

South Korea operates 20 reactors, which generate 30 percent of its electricity needs, and is eager to export its expertise as a new growth engine for the economy.

In December 2009 a South Korean-led consortium won a 20.4 billion dollar contract to build four nuclear plants in the United Arab Emirates, and Seoul hoped to cap this with a deal with Ankara.

But the ambassador told Yonhap the price of electricity was one of three or four major sticking points that held up progress, although he did not elaborate.

Iscan said Turkey has not closed the "Korean file" on the bid to build the Sinop nuclear power plant on the Black Sea coast, but has started formal negotiations with Japan.

He said Turkey cannot delay too long since rapid economic growth is causing energy demand to rise by an average four percent every year.

Turkey wants both the Sinop plant and the Akkuyu plant in the south of the country, that was won by Russia, to go into operation in 2018-2020.

Iscan said that if Seoul decides to improve its offer, Ankara will review it as a competitive bid and consider it along with the proposal made by Tokyo.

Turkey's Energy Minister Taner Yildiz visited Japan over the weekend, with some Japanese media speculating a formal deal will be reached in March.