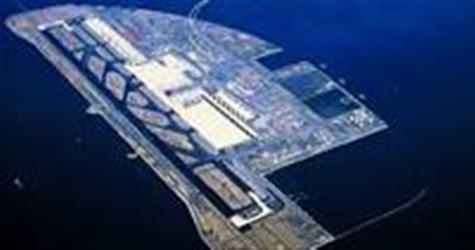 The airport, which will serve both Ordu and Giresun, has been on the agenda for years. The land conditions of Gülyalı, where the airport is designated to be constructed by the Ministry of Transportation's (DLH), will necessitate filling part of the sea to acquire additional land. The runway for the OR-GI airport will be 3,000 meters long and 45 meters wide. The internal terminal for the airport will be in an enclosed 3,500 meter area.
When the idea to build an airport to better cater to the Black Sea first surfaced, debate ensued regarding whether it should be built in Ordu or Giresun. The decision made by the Ministry of Transportation to situate the airport between the two cities brought an end to the debate, however opened up a new one regarding which city the airport would be named after. In the end, the decision was made to combine the first two letters of both Ordu and Giresun, resulting in the name, OR-GI Airport.
Meanwhile the Ministry of Transportation is also initiating an airport project, the Zafer Airport, which will serve Uşak, Afyon and Kütahya. In addition, the tender for the Çukurova Airport, which will be built between Adana and Mersin, will be held in 2011.