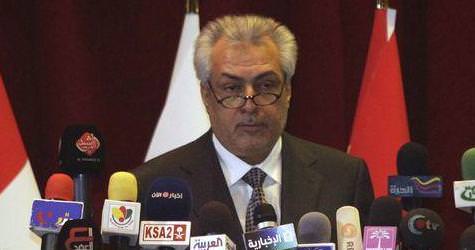 Iraq's Kurds said Tuesday they won't resume oil exports from their self-ruled territory unless the central government recognizes the contracts they have already signed on their own with international energy companies.

The Kurds' condition could foil ambitious Iraqi plans to raise daily oil exports to 2.25 million barrels in 2011 from the current 1.9 million. Oil revenues account for nearly 95 percent of Iraq's budget as the energy-rich nation tries to rebuild the country after decades of wars and international sanctions.

Since the 2003 U.S.-led invasion that toppled the regime of Saddam Hussein, the Kurds have sought greater control over oil in their autonomous region in northern Iraq while Baghdad has argued that oil is a national resource under the central government's control.


Ali Hussein Balo, an adviser to the Kurdish Ministry of Natural Resources said the crude-rich region can significantly contribute to the nation's target of raising oil exports next year by shipping 150,000 barrels a day out of the country, but only if all "our deals are recognized officially in a signed paper by Baghdad," he told the Associated Press.

Iraqi Kurds have signed more than two dozen production sharing agreements with mid-sized companies from Turkey, U.K., Austria, U.S., Canada, Korea and China. Under those deals, the companies are entitled to a share of the profits from the oil produced.

The deals are deemed illegal by the Baghdad central government that has only awarded 15 oil and gas service contracts to international companies since 2008.

Baghdad managed to negotiate more attractive terms in its deals, paying developers just a flat fee for each barrel produced, rather than surrendering a share of the profits. They do not recognize the Kurdish deals and refuse to honor the production sharing agreements.

The Kurds started exports in June 2009. They were halted few months later amid disagreements with Baghdad over payments.

Iraq's new oil minister, Abdul-Karim Elaibi, last week declared the dispute over how private companies accounted for equipment costs and other expenses for reimbursement has been settled, clearing the way for the exports to resume.

Elaibi said Baghdad would receive all the oil produced for export and would pay only the costs incurred by the developers.

"Baghdad wants everything free of charge," Balo said by phone from Irbil, the capital of the Kurdish autonomous region in northern Iraq. "We can't do that since we are committed to the companies to have a share in the produced oil," he said.

In 2004, the Oslo-based DNO became the first independent Western oil company to secure an oil deal in Iraq after the 2003 U.S.-led invasion by signing a production sharing contract with the Kurds to develop the Tawke field in Dahouk province.