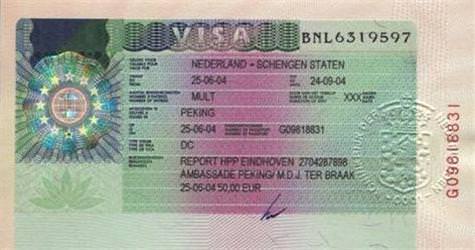 The embassies and consulates of EU member nations have turned applying for a Schengen visa into a source of income. In addition, as if constantly dropping money at every stage of the application process wasn’t enough, if approved the time allotted could be just three days.

The least expensive visa costs 400 TL, practically the price of a three-day vacation in Europe. The fact that costs are quickly increasing while the time allotted decreases, is amongst the most prevalent complaints.
The crisis has resulted in transforming the Schengen visa into a source of income for European nations' embassies. Certain nations are taking advantage of the increase in Turks travelling abroad, by increasing the price of visa and application requirements up to 400-600 liras. The amount of money spent on obtaining a Schengen visa is equivalent to taking a 2-3 day vacation.
The cost for the shortest-term Schengen visa has increased from 150 TL up to 400 liras within three years. This increase is not just a result of rising visa prices, but also includes a number of extortionate costs, including photographs, an appointment fee, and charges to ask a question or pick up a form. In addition, in return for all of that trouble, the time allotted on the visas granted is increasingly getting shorter. Six-month visas are only valid for one month, while one-year visas are only valid for six months; some visas are only valid for three days. With the increasing number of Turkish travelers, due to the recovery of the economy, this practice is adding up to a lot of pennies…
THREE-DAY VISAS INSTEAD OF SIX MONTHS
Some embassies and consulates have decreased the time period allotted on visas, resulting in multiplying the revenue acquired from businessmen forced to travel frequently. Instead of providing six month multiple entry visas, which was the practice for Schengen visas in the past, visas, are being given for 3-15 day stays based on prearranged hotel bookings. In addition, bureaucratic costs have also increased. Each nation's embassy has begun to request their own specific size of photograph. Studios operating within consulates have begun to sell their services at extortionate prices.
THEY EVEN HAVE PHOTO STUDIOS
Certain consulates, like Britain's for example, have even gone so far as to establish photography studios as an additional form of income. Consulates for Germany, France and Spain have happened up stationary offices. Furthermore, if the applicant's visa request is rejected, the money spent is not returned.
Istanbul Chamber of Industry member Serdar Urfalılar states, "The biggest problem is the fact that they are only issuing short-term visas. Even though I am a businessman, my long-term visa application was rejected and I was only given a six-month visa. In six-months' time I will have to apply all over again. As a result we are unable to participate in tenders we otherwise would have. "
Temesist Chairman Halil İbrahim Gül states, "Because they grant such short term visas, we have to apply again one to two months later."
Istanbul Exporters Union Chairman Zekeriya Mete: "Each firm attends a fair in Europe by sending at least ten people. If there were six fairs a year, that would mean 60 applications. Even though I have a number of Schengen visas in my passport, I was rejected a visa by Germany. And even though my daughter has been going to high school in England for the past three years, my application was still rejected."
300 TL EXTRA FOR VIP SERVICE
Some consulates have now directed their efforts towards establishing expedited visa service for added income. With this system, entitled VIP service, for an additional 100 to 300 TL, instead of waiting the normal 20 days for a visa, an applicant can receive their visa if approved within three days.
18 TL FOR A SINGLE QUESTION
Perhaps one of the most interesting new systems in place has to do with PIN numbers. In order to ask any consulate official a question, one needs to purchase a PIN number by paying 18 TL by credit card. If one does not have a PIN number, there is no way they can make any inquiry to the consulate. It is also required to purchase a PIN to make an appointment.
IF REJECTED FEES ARE NOT RETURNED
The only commonality between all of the consulates is the fact that they do not make any refunds if a visa request is rejected. With visa prices at 400-600 TL, they are practically competing with the price of a two night, three day vacation in Europe.