Diaspora makes a move to Turkey 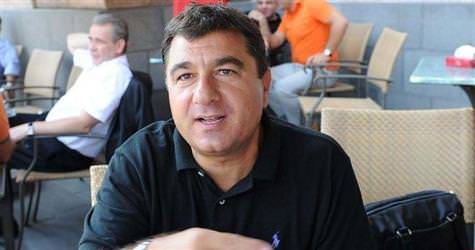 As political tension begins to mellow between Turkey and Armenia, interest in collaborating with Turkey has begun to increase by the Armenian Diaspora. While the appetite of Armenians in America is especially on an upward trend, Armenian businesswomen have already arrived to Istanbul, seeking collaborations.

The recent subsiding of political tension between Turkey and Armenia has resulted in the Armenian business world extending a growing interest in Turkey. Turkey has now been added to one of the Diaspora's stops in addition to Europe and the United States. American Armenians stand out of those from the Diaspora wanting a piece of the Turkey pie. According to the Turkish-Armenian Business Development Council Co-Chair Kaan Soyak, a Business Council has been established in the United States and efforts are already in place regarding investments.
"Both sides are meeting regarding making significant investments. We are interested in investments of 200 million dollars or more. There is especially demand seen from Armenians from Kayseri, Malatya and Diyarbakır. There are also requests for investments in the East and Southeastern Anatolia."
Soyak states that the majority of investment demand is in the textile, energy and tourism industries.

BUSINESSWOMEN ARE ON THEIR WAY
Last week, Istanbul welcomed three Armenian businesswomen. Araksya Melkonyan, who is involved in company training, met with Hey Tekstil owner Aynur Bektaş. Both emphasized that they could collaborate and have made mutual promises to visit each other. Production Company owner Karine Harutyunyani currently films in a number of cities, including Kars, Van and Muş.
TOURS ARRANGED TO SEE MT. ARARAT
According to Marina Kpryan, who organizes tours of Mount Ararat in Turkey, and is the president of Armenia Travel which especially focuses on the Eastern Anatolian and Antalya regions, "We organize regional tours. We are the first firm to do this in Armenia and the majority of our tours are to historical locations, such as Mount Ararat. They are very popular right now. We also conduct tours to Iran."