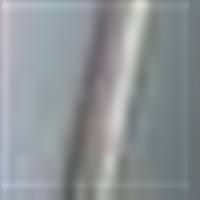 Turkey's leading media group Dogan Yayin, embroiled in legal battles against crippling tax fines, said late on Wednesday appeals by both it and the state against initial court rulings had been rejected.

The publishing group said that of cases heard at the tax court involving a sum of 862.3 million lira, the court ruled in its favour for 814.22 million lira worth of that sum.

Of cases involving 796.7 million lira dealt with by the administrative court, the court ruled in Dogan Yayin's favour for 783.2 million lira worth and against in 13.5 million worth.

Challenges by the tax office to court rulings in Dogan's favour, had been rejected. Similarly Dogan Yayin's challenges to rulings against it had also been rejected -- leaving the original decisions in place. Dogan Yayin is selling its assets but will not exit the media sector entirely.

Turkish foodmaker Yildiz Holding may bid in partnership with KKR, sources familiar with the deal told Reuters on Wednesday.