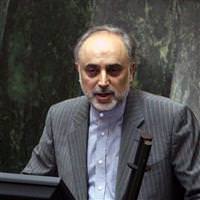 Turkey and Iran aim to triple their bilateral trade to $30 billion in five years, Iran's foreign minister was reported as saying, despite U.S. attempts to constrict ties between Tehran and its closest neighbours.

NATO member Turkey and Iran, its second biggest gas supplier, have built up strong trade and political ties over the last decade to the concern of Washington, which has pushed an international campaign to isolate Tehran over its disputed nuclear programme.

"There is a political determination in the two countries to develop relations further," Iran's Foreign Minister Ali Akbar Salehi, was quoted by state-run Anatolian news agency as saying on Sunday, when Turkey and Iran signed a joint economic commission accord in Tehran.

The cooperation talks spanned areas such as transport, industry and customs, Anatolian said.

Washington has increased pressure on Ankara to enforce sanctions against Iran.

Turkey says it observes United Nations sanctions against Iran but declares it is not obligated to adhere to a separate U.S. embargo that targets Iranian energy.