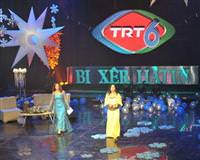 Turkey's parliament approved late on Tuesday a law doubling to 50 percent the amount of broadcasters that foreigners can own, opening the way for more acquisitions from abroad.

Foreign investor interest in the country's fast-growing media sector is expected to increase as a result of the legislation.

The foreign ownership article was approved individually on Jan 6 and the whole package of legislation was voted through on Tuesday evening.

Under the law, foreigners will be able to become partners in a maximum of two media institutions.

It also opens the way for broadcasting in foreign languages and dialects. The state broadcaster already has a Kurdish language channel.

Turkish media group Dogan Yayin, which owns major television stations as well as mass circulation newspapers such as Hurriyet and Milliyet, is in the process of selling assets.

The ruling AK Party tried to reform foreign ownership rules in 2005 but the bill was vetoed by the former president.

The current president Abdullah Gul is a former AK Party member, and has a track record of approving legislation passed by the AKP-dominated parliament.