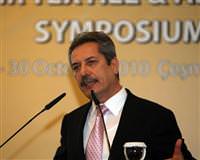 Holdings' in Turkey are paying no heed to either the economic crisis or the upcoming elections. Even before the first quarter of the year has closed, five mega holdings have announced investments plans involving billions of dollars.
As Zorlu Group prioritizes investments embarked upon in recent years, the holding still anticipates spending 1.2 billion dollars in 2011. A significant portion of Zorlu Group's investments consist of initiatives into the energy sector.
In addition, Vestel is also planning a 100 million dollar investment into projects for improvement and new products. With an approximate four billion dollars total investment into project in the real estate sector, Zorlu Group is also founding a 700 million lira nickel mining refinery in Gördes, Manisa.
ALL EYES ARE ON ENERGY
Anadolu Group also has planned investments totaling approximately 500 million dollars to be realized in 2011. In addition to the group's current operations, there are also plans to invest significantly in the energy sector with power station projects. Anadolu Group has designated approximately half of planned investments for the year 2011 to foreign interests. While Anadolu Group aims to focus on renovation and infrastructural investments as well as having reserved resources for brand new investments, they have also set aside resources to a tune of three million dollars for Research and Development and environmental investments.
BORUSAN FOCUSED ON BUILDING UP
Mentioning plans to grow by 50 to 60 percent in certain areas of business, Borusan Holding CEO Agah Uğur summarized the holding's investment plans as follows; "We completed our strategy plans for 2011-2015 in 2011. We will have another five-year period of high objectives. We have a 400 million-dollar investment plan in operation for 2011, the first year of the five-year term."
According to Agâh Uğur, out of the 400 million dollar investment budget, only approximately 50 million dollars has been designated for renivation and regular investments while the remaining is being directed entirely towards growth and increasing productivity through a number of brand new investments.