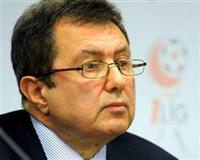 Forbes Türkiye has published a list of 2011’s richest Turks. The number of billionaires to make the list this year reached a record-breaking level. With 11 new names added to the list, the number of dollar billionaires in Turkey has now reached to 39. The combined fortune of those on the list is 104 billion dollars. Last year, that same figure was at 87 billion dollars.

KARAMEHMET TAKES THE THRONE FROM ÖZYEĞİN
According to Forbes' list, Mehmet Emin Karamehmet has become Turkey's richest Turk with a fortune toppling four billion dollars. In 2010, Karamehmet's assets were at 2.9 billion dollars. Second place on the list is shared by last year's richest Turk, Hüsnü Özyeğin, and Semahat Arsel whose fortune raised from 1.7 billion dollars to three billion dollars within the year.
Out of the 11 new individuals to become billionaires this year, three were from the Koç family, Mustafa, Ömer and Ali Koç. From the Sabancı family, Serra Sabancı and Çiğdem Sabancı Bilen and Cyprus Near East University founder Suat Günsel made a return to this year's billionaires list.

The average age of those who made Forbes' list is 59 years of age. There is a total 60-year age difference between the oldest on the list and the youngest. The youngest person to make the list is 26 year-old İpek Kıraç, who has a fortune totaling 550 million dollars. Selçuk Ecza's founder, 86 year-old Ahmet keleşoğlu has 715 million dollars.

THE TEN RICHEST TURKS AND THEIR FORTUNES