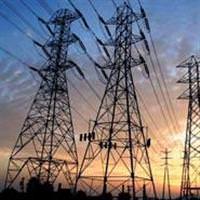 Iraq’s Ministry of Electricity has announced that Çalık Holding subsidiary Çalık Enerji has won the 388 million dollar tender for the building of a 750 MW capacity electricity power plant in Northern Iraq.

Mosul will have six gas turbines and will be completed between 18 and 20 months' time. The contract is expected to be signed within the next ten days.

Last January, Çalık Enerji signed onto an agreement to build a 1,250 MW power plant. The 445.5 million dollar project, consisting of ten units ensured that Çalık Enerji would be building Iraq's largest power station. The power station, which encompasses Iraq cities Karbala, Najaf, Babel and Divaniye is expected to be completed by 2013. According to authorities Iraq has serious shortcomings in terms of electricity production and the Iraqi government is following suit and making decisions to push the bottom on investments.