And the budget surprises… 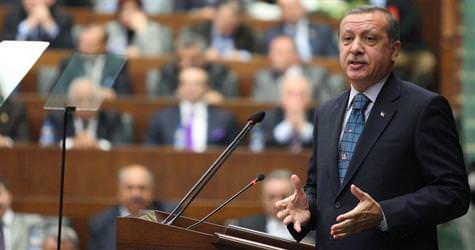 For the first time in 28 years, the budget has shown a surplus for both the months of January and February. Prime Minister Erdoğan states, "Turkey is headed for an election and the budget has a surplus, let’s continue on before this tableau changes.”

In January, Turkey's central administration budget ran a one billion, five million surplus and the month of February closed with a 988 million, 69 thousand lira surplus. In the 2010 January to February period, the budget had a deficit of 5.4 billion liras, while during the same time frame this year, that figure is a two billion lira surplus. This translates to a 22.2 percent increase. Meanwhile the share of the 40.9 billion lira tax revenue was a contributing factor.

THIS IS THE FIRST TIME WE HAVE HAD SUCH A TABLEAU
Prime Minister Recep Tayyip Erdoğan stated that this is the first time they have seen such a tableau, where three months prior to the General Elections, the budget is coming up with a surplus and expressed intentions to continue without changing the picture.
Prime Minister Erdoğan went on to state the following: "This is the first time in the past 28-year period that the budget has had a surplus for both the months of January and February. Turkey is headed towards an election and are budget is in surplus. This is a tableau that Turkey has never before witnessed. We are facing this sort of situation for the first time ever. This is the picture of security and stability and leaves no room for debate. We will continue on our path without breaking this tableau and without disrupting the economic balance."