Is this the end of Japanese food? 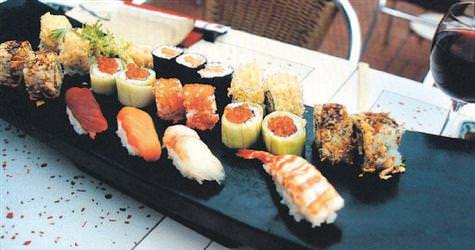 The radiation threat emanating from Japan has resulted in a number of international restaurants and hotel chains halting the use of Japanese food products. It appears the future of Japanese restaurants, even those which are some of the most expensive restaurants in the world, is uncertain…

The nuclear threat of leaking radiation as a result of the earthquake and tsunami in Japan has resulted in widespread panic throughout the globe. After high radiation levels were detected in the drinking water, sea water and a number of products including broccoli and raw milk in areas surrounding the Fukushima nuclear plant, a number of nations have begun to halt exports from Japan. While South Korea, China and Taiwan are forbidding sales of Japanese exported goods, a number of restaurants are also taking Japanese dishes off of their menus. The United States has been the first country to announce that they are halting imported food from Japan. The U.S. Food and Drug Administration announced the decision to stop purchases of milk, vegetables and fruits from the regions affected from the radiation leak. Now, it appears the growing trend of the Japanese food culture, which had made its entry into some of the most luxurious restaurants worldwide, is about to take a major blow. With Sushi restaurants at the forefront, a number of Japanese cuisine restaurants may soon be significantly affected due to impending restrictions on the importing of the ingredients used.
The first reaction from Europe to Japanese products has come from France. France has requested the European Commission systematically check the products coming in from Japan. Neighboring countries in Japan have been tightening customs checkpoints.

FAMOUS RESTAURANTS ARE REWRITING MENUS
Hilton Worldwide's Asian hotels have halted purchases of fresh and raw products from Japan. The company is now looking to the Philippines, Indonesia and Australia to purchase these goods.
Hong Kong-based Mandarin Oriental International and the Shangri-La Asia hotel chains have decided to take all products from Japan off the shelf.
South Korea's largest retail chain Lotte Shopping Co, has announced the halting of fish purchases.
Famous London Japanese restaurants Zuma and Roka announced last week that they are no longer purchasing fresh products from Japan.
CONTRACTS UNDER RECONSIDERATION
Hong Kong's largest airlines company Cathay Pacific Airways has announced that they will now be acquiring the food served on their flights from China instead of Japan.
The JW Marriott Hotel, a subsidiary of the Marriott International has announced the halting of all goods purchases from Japan for their hotels in Hong Kong.
Hong Kong's largest supermarket chain City'super is reconsidering the contracts signed with Japanese countries and has announced that they will be implementing regulations for imports from Japan.
Australia's largest meat importers, the Sanger Australia Pty company has announced they are reconsidering their contract with Japan for annual sales of 35,000 tons of meat,
Eleven items are high risk
Japanese authorities claim there are 11 products which have been detected to contain over the legal level of radiation, amongst those products are milk, broccoli, parsley, spinach and lettuce.