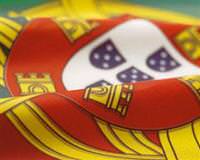 Credit rating agency Moody's cut Portugal's sovereign debt by one notch on Tuesday, saying it believed an incoming government would need to seek financing support from the European Union as a matter of urgency.

The cut in Portugal's long-term rating to Baa1 from A3 still leaves Moody's evaluation of its debt two notches higher than fellow agency Standard and Poor's but a notch below that of Fitch Ratings.

Moody's said the debt was still under negative review, with further downgrades dependent on Lisbon's ability to secure medium-term funding.

"The limited migration of the rating to Baa1 (and not lower) in today's action, reflects Moody's assessment that assistance would be provided by the other members of the euro zone if Portugal needs financing on an expedited basis before it can obtain funds from the European Financial Stability Facility (EFSF)," Moody's said in a statement.

"Moody's believes the new government will likely approach the facility as a matter of urgency."

The euro EUR= eased to session lows of around $1.4172 after the downgrade.

Euro zone sources said on Monday that finance ministers will discuss Portugal's options for resolving its debt problems under a caretaker government, including whether it is capable of requesting EU financial aid, at meetings on Friday.

Financial markets are convinced Lisbon will have to follow Greece and Ireland in asking the European Union and International Monetary Fund for a bailout, but the situation has been complicated by the fall of the government in Lisbon.

Caretaker Prime Minister Jose Socrates, who resigned after parliament rejected a fresh round of budget austerity, has made it a point of honour not to accept EU/IMF help and the country may remain in limbo until an election set for June 5.

"I am committed to the idea of defending Portugal from external aid ... I will do everything to defend Portugal from this scenario," Socrates told RTP television late on Monday.

While Portugal can probably go on funding itself for the next eight weeks -- it has to refinance 4.3 billion euros ($6.1 billion) of debt in April and 4.9 billion in June -- the cost of doing so is likely to go on being punitively high.