Oil climbs to highest since 2008 on supply concerns 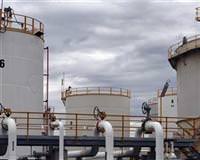 Oil prices rose to their highest since 2008 on Monday, with Brent surging above $121 a barrel as Nigerian election delays and a short-lived strike in Gabon joined a list of geopolitical supply concerns.

The latest gains snapped prices out of a month-long trading range, once again shifting the focus to OPEC. The oil minister of Iran, which holds the group's rotating presidency in 2011, said Friday there was no need for a meeting.

"Brent is up on Libya, Yemen unrest and the Nigerian election," said Phil Flynn, analyst at PFGBest Research in Chicago.

"U.S. crude is hesitant because there is still worry that the Federal Reserve might be nearing a rate hike or tighter policy, which would lower liquidity and demand and strengthen the dollar," he added.

The U.S. Federal Reserve is set to end the second round of its bond buying program in June, and some Fed officials have argued for a move away from the loose monetary policy.

The European Central Bank has its policy meeting on Thursday and is expected to raise interest rates by 25 basis points from a record low in reaction to rising inflationary pressures in the euro zone.

U.S. oil prices have risen 4 percent in three days, aided by a government report last Friday that U.S. employment registered solid growth for a second month in March and the jobless rate hit a two-year low of 8.8 percent.

Many analysts now say oil prices are likely to continue to trade above $100 a barrel, supported by rising production costs and higher budgetary requirements in Saudi Arabia, making the world's top exporter less inclined to raise production to cool prices.

But it's unclear where prices might peak, given OPEC's reluctance to formally act to raise production targets despite exports being lost to Libya's civil war and concerns that high oil prices are stoking inflation.

Brent trading volumes on the Intercontinental Exchange were below the 30-day average and only about 10,000 lots below U.S. crude volumes on the New York Mercantile Exchange, with less than an hour of post-settlement trading left on Monday.

Oil investors also eyed OPEC member Nigeria, where parliamentary and presidential elections were postponed for one week after failing to arrange logistics in time. Nigeria, a key sweet crude producer, has a history of contentious elections and problems with militants.

Also in Africa, the oil workers union called off a strike in Gabon that had halted around 240,000 barrels per day of mainly low sulfur crude oil output. The union said it reached a deal with the government, news that came after crude prices settled.

Forces loyal to Libyan leader Muammar Gaddafi are staging a "massacre" in the besieged city of Misrata, evacuees said Monday, as Turkey sought to broker a ceasefire to halt the bloodshed.

The uncertainty about Libya's shut in production and the protests and unrest in the Middle East have kept a risk premium in the market. While most analysts do not expect a quick return of Libyan production in meaningful volumes, any sign of an end to hostilities could allow some of the associated price premium to quickly evaporate.

Italy became another European country to recognize Libya's rebels, promising weapons as well as experts in rebuilding. Rome also said the overtures from envoys sent by Gaddafi to some European capitals were "not credible."