A thousand Euros still not enough for Schengen visa 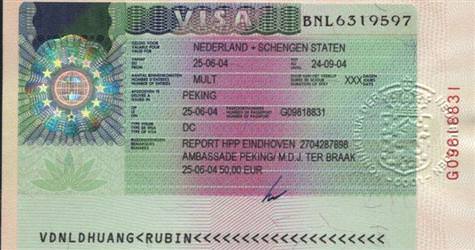 The nightmare experienced by Turkish nationals and inflicted by EU countries that are included in the Schengen visa continues at full speed. EU countries, requesting applicants have a ‘full’ bank account, are not considering 1,000 Euros to be sufficient. The question as to “How much money needs to be in a bank account in order to receive a Schengen visa?” has yet to be answered.

The difficulties faced by Turkish nationals trying to enter EU countries have escalated with responses by consulates claiming the applicant's bank account is insufficient.

Attorney Aslı C.'s application for a visa for Spain has been caught up by the requirement of funds in a bank account, despite her account carrying 2,500 TL. Receiving a phone call from the tourism agency overseeing her visa process just one day prior to her visa interview left Aslı C. with the news that she had to deposit at least an additional 1,500 TL to be considered for a visa. Meanwhile the question of how much one needs to actually deposit in their bank account to receive a visa has yet to be clarified, resulting ng in confusion for tourism agencies and applicants alike.

A PART OF THE NIGHTMARE

The issue of having sufficient bank accounts is simply another part of the very difficult puzzle for applicants, adding to the requests of supplementary payments, and the series of documents also requested.

Istanbul resident and attorney Aslı .C explains her experience of applying for a visa for Spain. A day prior to her interview, she received a message titled 'urgent' from the tourism agency assisting her in the process. The message stated, "You must deposit an additional 1,500 TL or else Spain will not give you a visa. That is what we have been told." After receiving the message, Aslı C. decided to deposit the amount requested. "This procedure is just a part of the nightmare Turkish nationals experience in trying to apply for a visa. Each time, we are faced with new hurdles. As a result, practically no one wants to go to Europe anymore. What I don't understand is that if they are trying to assess the account's activities, then it will be obvious that I deposited the money right before my visa meeting. Furthermore, who determines this limit? What is the minimum? We are unable to receive a clear answer to this question", Aslı C. states.
A VIOLATION OF HUMAN RIGHTS
Meanwhile State Minister Zafer Çağlayan, who paid a visit to Germany to attend a fair, also issued harsh criticism on the visa issue. Mentioning that every time he comes to a fair in Germany, industrialists complain about the visa issue, however now it has taken on a moral aspect, Çağlayan states, "Turkish businessmen that apply for visas are asked to present their marriage certificates. By implementing this process, the EU is violating all rules of international trade. This extreme form of protectionism is a technical obstacle to trade."
Explaining that Europe does allow other non-EU nations to enter without visas, however Turkish businessmen, industrialists and exporters are faced with difficulties, Çağlayan states: "This has now become a moral issue. Turkish businessmen are asked to provide marriage certificates when applying for a visa, what are you, a marriage registrar, what business is this of yours?"
THERE IS NO OFFICIAL LIMIT
Tourism agencies state that there is no definitive amount required to be deposited in bank accounts. Ferhat Ter, who is in charge of obtaining visas for Beytour states, "There is no definitive amount designated by consulates. We tell our customers that it must be at least 2,500 TL. There is no official minimum, because they think that if there is one, then applicants will collect money from families and friends to satisfy the requirement, however what happens now is no different." Noting that those who do have significant amounts deposited in their bank accounts don't necessarily want to release this information, Ter states; "Citizens are suspicious, they say 'Why do consulates want information regarding my bank accounts?' The EU, which supposedly places much importance on the respect of an individual's private life, is now applying a double standard."