Employment consultant to be assigned to Roman citizens 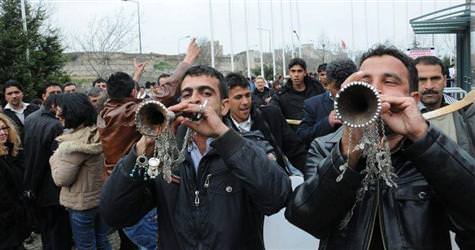 Expressing plans to approach 210,000 Romans personally, including those with records or addicted to drugs, Minister of Labor and Social Security Dinçer states, "We will be by our citizens’ side until they find work.”

As the government announces the "struggle against unemployment" as a priority on the agenda for the upcoming period, a substantive new strategy has been developed to bring a solution to employment issues at the root. Within this framework, the projects to be initiated include engaging in dialogue with all disadvantaged groups including former convicts, drug addicts, Roman (gypsy) citizens, women and the youth and will work towards providing opportunities to create their own businesses. Minister of Labor and Social Security Ömer Dinçer has shared with SABAH the details of the "Human Resources Operational Program," conducted by the EU Coordination Department Ministry.
Expressing that each project has its own determined timeline and budget, Dinçer states, "At first, we will be establishing a structure to provide 'individual consulting' services focused on disadvantaged groups." Dinçer states that through this project, they plan to make one on one contact with over 210,000 people. Stating that the process will begin in September, Dinçer mentioned that the project's main slogan is 'to follow through with an individual until they are employed.' Dinçer also shared that the budget for this new strategy, of which 85 percent is being finance by the EU, is at 352 million Euros.
THE STATE TO APPROACH PEOPLE PERSONALLY
A majority of the project will be geared towards low-income regions. Citizens that face difficulties engaging in the economic world as well as those that require 'special attention' will be appointed a business consultant that they will meet with one on one. These individuals will first be given career training at İŞKUR. Afterwards, they will be giving entrepreneurial training at KOSGEB and then provided with credit opportunities by Halkbank. Once the individual has set up their own business, they will then be tracked in order to determine their success rate. Sixty-thousand people are expected to be able to benefit from this new employment strategy.