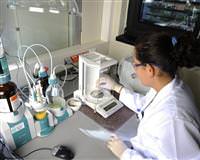 European buyout firms Cinven, CVC and Advent International are among potential buyers of a stake in Bilim Ilac in a sale that may value the Turkish drugmaker at about $1 billion, sources familiar with the deal said.

London-based CVC Capital Partners is working with Turkish private equity firm Turkven, while Cinven has Actera as its local partner, the sources said, adding that the sale will have high valuation multiples.

Advent International -- which manages more than $21 billion of assets and last year opened an Istanbul office -- is also interested in the stake sale, they added.

The size of the stake to be sold was not clear.

Bilim Ilac, which is the third biggest Turkish drugmaker by revenue and box sales, was not immediately available to comment.

Turkey is attracting larger generic manufacturers and major drugmakers with one of the highest economic growth rates in Europe, with gross domestic product (GDP) growth at 9.2 percent in the fourth quarter, and with robust growth in the pharmaceutical market.

In December, Reuters reported that Biofarma's owners, who include Citigroup's venture capital arm, had hired JPMorgan to run a sale, which could interest major drugmakers such as GlaxoSmithKline Plc.