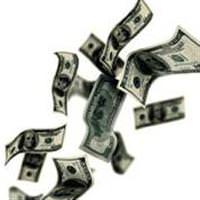 A number of businessmen from Libya, Egypt and Yemen chose to move their funds to the safe haven of Turkey, resulting in bringing in over five billion dollars in foreign exchange for the first two months of 2011 alone.

The uprisings which ignited in Tunisia at the start of the year and then leaped to Egypt, Libya, Yemen, Bahrain and most recently Syria, have resulted in the entry of billions of dollars worth of foreign currency into Turkey.
Businessmen from these countries are bringing their money to Turkey, which is fast becoming considered a safe haven for funds, even by Europeans. With the petroleum producing countries of the Gulf at the forefront, the combined amount of foreign currency which has entered Turkey surpasses five billion dollars.


According to figures released by the Central Bank yesterday, for the January to February period of this year alone, the amount of unsourced foreign currency which entered the country at five billion, 502 million has surpassed last year's total figure of four billion, 775 million dollars.

FUNDS SEE NO LIMIT
There is debate regarding how this amount of money was brought into Turkey without bringing the banking system into effect. However similar instances in past periods have shown the possibility of unidentified money finding its way in from outside of the country.