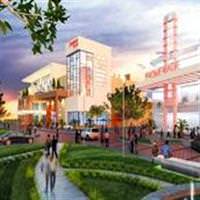 Turkish commercial real estate firm Ronesans Gayrimenkul Yatirim launched its Istanbul listing on Monday, saying it planned to float a quarter of the company to raise funds to buy new land and properties.

The offering, which is expected to completed in mid-May, is aiming to raise around $250 million to $300 million, a source close to the deal said.

The company, which operates in Turkey and Russia, will sell 71.5 million new shares in the offering, while parent company Ronesans Holding will sell 6.2 million existing shares. There will also be a 15 percent overallotment option.

Ronesans Holding, known as Renaissance in English, is in early-stage talks to take a controlling stake in an unnamed, 140-year-old British company, likely to be Costain Group (COSG.L).

Despite a choppy start to the year for initial public offerings (IPOs) in Europe, Istanbul has seen some successful floats including a 400 million lira ($266 million) offering by cash-and-carry firm Bizim (BIZIM.IS), whose shares are now trading around 22 percent above their 25 lira listing price.

Credit Suisse, Deutsche Bank and Garanti Securities are running the offering for Ronesans, which focuses mainly on developing and investing in shopping centres and offices.