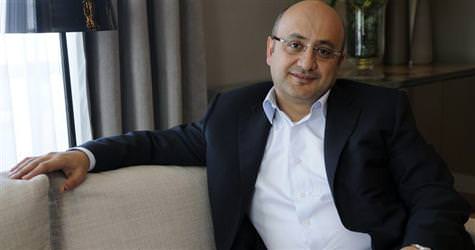 Offering to put up 30 billion dollars to fund Erdoğan’s ‘crazy project’, businessman Serdar İnan states, “I will do the construction on my own.’

When Prime Minister Erdoğan referred to an investor proposing to provide 30 billion dollars for the project, he was referring to businessman Serdar İnan. According to İnan, "This project will bring in 300 billion dollars in just 15 years.

İnan announced he has requested an appointment with the Prime Minister to explain his proposal, and went on to state; "I am willing to commit 30 billion dollars to the project. I want to undertake the building of the canal, the airport, ports and residences."

WE WILL SELL IT ABROAD

"I will finance a portion of the project with my own equity capital. We propose a progress billing or revenue sharing model. We could sell eighty percent of the project abroad."
It turns out the businessman Prime Minister Erdoğan referred to on a television show on Sunday when he said someone was ready to put up 30 billion dollars to fund 'Kanalistanbul' is none other than the owner of İnanlar Construction, Serdar İnan. İnan has since announced that he is indeed ready to undertake the construction of a canal going through Istanbul as well as an airport, ports and residences.
İnan states, "When the project was first announced it was stated that the cost could go up to ten billion dollars. I stated, 'give me 30 billion dollars and I'll do the project.' I think they will be doing the project in conjunction with TOKI, (Turkey's Housing Development Administration). We are a company that has been working on projects in Istanbul for 46 years now. If they were to give it to me today, I would undertake this project for 30 billion dollars to build the canal, an airport, ports and residences."

'I HAVE A MODEL'
İnan explains that after Prime Minister Erdoğan referred to him on a television show the night before last, he went ahead and requested an appointment from the Prime Ministry to detail his proposal.

When asked how he perceives the project will be realized, İnan states, "According to the Prime Minister's explanation, the project will be done in conjunction with TOKİ, or possibly with another association. We are proposing a progress billing or revenue sharing project." In regards to how İnan will provide the funds, he states; "We will provide a portion through our equity capital. As for the remainder, I have a model in mind which I plan to use to finance the project."
İnan also stated that because this is a project he could finance on his own, and therefore he may not need financing, "This project will be one of gain, and will easily bring in 300 billion dollars of revenue within 15 years' time. This is a project that will transform Istanbul into a megacity." İnan also stated that the Prime Ministers' project was also planned to become a property development project, "I am interested in the entire project and not just the real estate portion of the project." İnan also states, "This is not just a big project, it is also geared towards protecting against an earthquake."

İnan goes on to state that eighty percent of the project could potentially be sold abroad, by using the example of Spain, which made a similar 400 billion Euros worth of sales to foreigners. İnan also explains that the project is also structured in a manner in which he could finance it himself.

THIRTY BILLION DOLLARS, EVERYTHING INCLUDED
İnan states that the 30 billion dollar proposal is not solely limited to the residential projects for the new city that will be created through the Kanalistanbul project. "The airport, marina and residences will all be included." İnan also reminded that the cost of the project is equivalent to double that of projects conducted by Turkey's Housing Administration up until now."