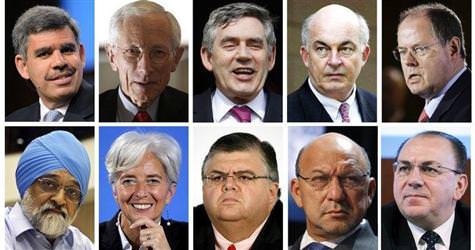 A power shift at the IMF toward emerging nations lays the ground for a fierce battle over who should succeed Dominique Strauss-Kahn and may threaten Europe's long-standing claim to the top post.

The issue leaped unexpectedly into the spotlight with Strauss-Kahn's arrest in New York on sexual assault charges, which fueled speculation he will not survive as the global lender's top official. If he leaves, that would advance a succession decision from 2012 when his term was set to end.

Since Strauss-Kahn's selection in 2007 as managing director, there has been a major shift within the International Monetary Fund that has elevated China to No. 3 in voting power and given countries such as India, Russia and Brazil a greater voice.

IMF board officials, who spoke on condition of anonymity because of the sensitive nature of the issue, told Reuters there was a push by some countries for a speedy resolution to Strauss-Kahn's future as head of the organization, although others cautioned against judging him so soon.

Strauss-Kahn, who was denied bail on Monday, is fighting the charges.

"No matter how it plays out, it is going to be very difficult for Strauss-Kahn to be an effective leader of the IMF," said Eswar Prasad, a former IMF official now at the Brookings Institution think tank in Washington.

"It is a matter of days while we wait for this matter to be resolved," he told Reuters Insider.

German Chancellor Angela Merkel said on Monday that while it was not yet time to discuss succession, there was a good case for a European to be in the job.

Germany pointed to the debt crisis that has engulfed Ireland, Greece and Portugal in pressing its argument a European could bring a fuller understanding of one of the world's most pressing economic problems.

Strauss-Kahn has been deeply involved in talks over European Union and IMF bailouts for debt-strapped countries.

But another of his signature achievements has been reforming the IMF's voting structure to give emerging market economies more power.

In the past, emerging economies had not been unified enough to put forward a consensus candidate. Some think this time could be different.

Margaret-Anne Orgill, an analyst at IHS Global Insight in London, said China may decide to flex its new-found muscle to try to get an emerging market candidate into the job. It has contributed significant resources to the IMF in recent years in exchange for more voting power.

The IMF sought on Sunday to soothe concerns over Strauss-Kahn's absence by naming the fund's deputy, John Lipsky, as acting managing director. Lipsky often runs the financial institution when the managing director is away.

Japan, the United States and Canada all expressed confidence on Monday in Lipsky's ability to run the fund, but senior Europeans at the IMF said he would not be as influential as Strauss-Kahn in dealing with Europe's debt crisis because he is an American.

Lipsky announced last week, however, that he was stepping down when his term expires in August, putting more pressure on the IMF to quickly resolve questions over its leadership.

"It is going to be a very complicated and hard-fought battle," Prasad said. "Right now, the top job is in play and so is the number two position."

In Europe, French Finance Minister Christine Lagarde emerged as a front-runner for the top position, although her nationality may count against her. A French national has run the IMF for 26 out of the past 33 years and the embarrassment over the Strauss-Kahn incident may make it difficult for Paris to make a case.

In Washington inner circles, former Turkish Finance Minister Kemal Dervis, who now runs an economic program at the Brookings Institution, is a leading name. Turkey's status as a large emerging market country within the European continent could ease concerns by developing nations that feel shut out of the selection process.

Emerging market countries have tried to break Europe's hold on the job during the past two succession battles.

In a blog post on Reuters.com, El-Erian said the quickest way to replace Strauss-Kahn was to maintain the status quo and choose a European. Throwing open the selection process to everyone would be slower and complicated.

"Under either approach, the IMF would inevitably operate under a huge cloud," El-Erian said. "It would undermine its effectiveness in responding to new challenges."