Derviş says not in running for IMF job 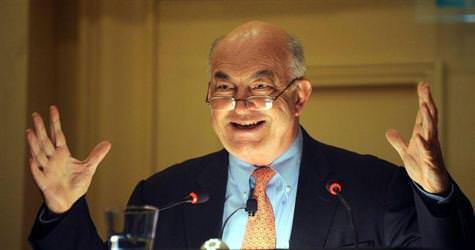 Former Turkish Economy Minister Kemal Derviş, who had been widely cited as a possible candidate to succeed Dominique Strauss-Kahn as head of the IMF, said on Friday he will not seek the job.

"Speculation about succession at the IMF has included me in the group of persons with relevant experience. But I have not been, and will not be, a candidate," Derviş said in a statement.
Derviş, a former head of the U.N. Development Program, had been seen as one of the front runners to be managing director at the International Monetary Fund. Many analysts thought emerging market nations might coalesce behind his candidacy.
Strauss-Kahn, who is facing charges of sexual assault and attempted rape, resigned on Wednesday. He has strongly denied the charges and his lawyer said he would plead innocent.
The New York Times reported on Friday that Derviş had an affair with a subordinate when he worked as a senior executive at the World Bank years ago. Asked to comment on the report, his office at the Brookings Institution think tank in Washington said he would have no further statement.
"I am fully engaged in, happy with, and focused on my global work at the Brookings Institution and look forward to continuing my research and policy work, including work on Turkey," Derviş said in his two-sentence statement.
Derviş' withdrawal from potential consideration adds pressure to emerging nations to come forward with a candidate strong enough to ensure Europe does not maintain its grip on the post through a back-room deal with the United States.
Under a long-standing agreement between the United States and Europe, the job has always gone to a European, while an American has led its sister organization, the World Bank.
European leaders have coalesced around French Economy Minister Christine Lagarde and the United States is expected to eventually throw its support to whomever Europe puts forward.
At the same time, there are widespread calls -- including from the United States -- for an open process, which suggests a number of candidates will be interviewed for the job by the IMF executive board.
However, European nations and the United States together hold more than the 50 percent voting power in the fund needed to make the decision.