Organic wine from the Erciyes Mountains 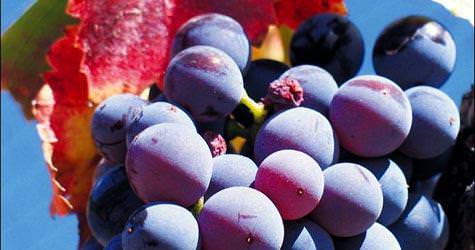 A female entrepreneur form Kayseri, Oluş Molu, has managed to accomplish the ‘impossible.’ Not only does she breed purebred English horses, but she also produces organic wine on the foot of the Erciyes Mountain. She was awarded a silver medal for her "Wineolus" brand, from France, the homeland of the art of winemaking.

The daughter of a family who worked in the industrial sector in Kayseri, Oluş Molu went on to become a biologist who would transfer the farm she spent her childhood on into an internationally competitive oasis. There she breeds purebred English horses, produces 20 varieties of goat cheese as well as dozens of other organic products, and has become a pioneer in Turkey when it comes to organic wine making. Coupling the characteristic untouched volcanic sand and ash present on the skirt of the Erciyes Mountains and the harsh climate conditions of the continental Central Anatolia, Molu has managed to reach an annual production capacity of 40 tons.
FROM THE ACADEMY TO NATURE
A graduate of the Hacettepe University Biology Department, Molu later went on to work at the same university as a lecturer for seven years. Molu also coordinated a number of projects for the Ministry of Forestry and the Environment. After over 14 years of service as a public servant, Molu made a radical decision to move back to her native Kayseri and the farm she grew up on and directed all of her knowledge she had acquired to producing organic wine. Molu explains that their aim was to produce quality boutique wine in Central Anatolia. As of 2009, they began producing wine from their own organic vineyards. Stating that their objective is to produce one hundred percent organic wine, Molu also emphasizes that in order to do so; they had to undertake intensive infrastructure work. The farm, which is approximately five thousand decares, contains 2,000 decares of hillside planting. Molu states, "I have planted 24,000 saplings. Nine thousand of those we brought in from France, they are the Roussanne variety and are known to be the most capricious grape in the sector. However they have adapted to our vineyard."

AN AWARD FROM FRANCE
Molu describes the details of achieving the win they now produce; "Our wine, which is made from 15-year-old grape vines, is stored in oak barrels for at least 12 months before we put it out on the market, and it is one hundred percent organic. We wanted to share our very different wine with the world. This year, our 2009-year make win was the recipient of the silver Chardonnay Du Monde medal in France."