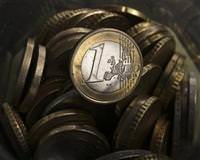 It may not be the most popular currency in Athens, Lisbon or Dublin at the moment, but that isn't going to stop the European Union from celebrating the 10th anniversary of the euro.

Europe's economic affairs commissioner launched a competition this week to choose the best design for a limited edition of two-euro coins to be introduced from January 1, 2012 to commemorate a decade since the euro began circulating.

For the first time, the 330 million residents of the 17 countries which use the currency have a chance to select what their money should look like via an online voting process, with five designs to choose from (www.eurocoin-competition.eu).

"This is an opportunity for everyone living in the euro area to help choose the design of their own currency," Monetary Affairs Commissioner Olli Rehn said, estimating around 90 million of the commemorative coins will be minted.

The shortlisted designs include a picture of butterflies fluttering against a horizon of the euro symbol, a bee hovering over a hive with the euro in the background and two children holding hands as they walk into the euro distance.

Voting is open until June 24, and the winning design will be announced on June 30, the European Commission said.

Of course, celebrating 10 years of the euro is hardly likely to be a popular idea among citizens in countries such as Greece, Ireland and Portugal, many of whom feel their membership in the euro zone has brought economic hardship and the debt crisis over the past two years.

And opinion polls in Finland, Germany, the Netherlands and elsewhere suggest the euro is nowhere near as popular now as it was when it was introduced, despite the extra ease it provides when traveling and paying for goods in the euro zone.

Although there may be mixed feelings about the currency now, the it has actually performed relatively well this decade.

When it was launched, the euro was worth 90 U.S. cents, but it has steadily appreciated since, climbing to an all-time high of nearly $1.60 in July 2008, according to the European Central Bank. Since then, it has been more volatile but still buys about $1.45 -- an increase of 61 percent over 10 years.

With the crisis in Greece, there has been talk about Athens leaving the euro and returning to the drachma. Economists say that is unlikely despite the extent of the problems.

Still, with no clear resolution to the debt problems in sight, the EU may have difficulty generating very much euro zone enthusiasm for the 10th anniversary come next January.