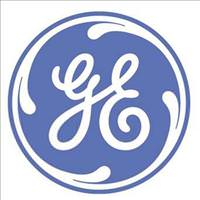 Turkish private equity firm MetCap Energy Investments said on Tuesday it will use General Electric technology to build a pioneering $500 million power plant in Turkey that will use both gas and renewable energy.

The 530-megawatt (MW) combined cycle plant will use natural gas together with wind and solar power to generate electricity for 600,000 homes.

"The whole investment is about $500 million, all included," Celal Metin, chairman and chief executive of Met Group, told Reuters on the sidelines of a news briefing.

The plant, to be built in Karaman in southern Turkey, is scheduled to enter commercial operation in 2015, GE and MetCap said.

The plant will integrate a gas turbine, a steam turbine, 22 MW of GE wind turbines and 50 MW of solar thermal technology from eSolar.

On Monday, GE and Met Group, headquartered in Singapore, said they would buy a stake for an undisclosed amount in California-based eSolar Inc.

Asked about the size of Met's share in the solar energy company, Metin said it was confidential for the time being.