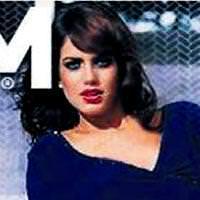 Private equity funds including Bridgepoint , Carlyle Group , QInvest, and Turkey's Actera, Turkven, and Esas Holding are among potential buyers for a stake in Turkish retailer YKM, sources familiar with the deal said on Friday.

"The funds interested in YKM find it attractive because they think the real growth story of the company is overseas," a source close to the deal said.

Another source told Reuters: "There is a strategic stake sale plan in YKM. A lot of investors are interested in it."

YKM is the country's first department store, founded in 1950. It has 62 stores in Turkey, around 4,000 workers, and 40 million visitors annually, according to its website.

The company plans to grow overseas, aiming to open stores in Iran, Syria, Azerbaijan, Albania, Bulgaria, Ukraine and Kazakhstan, according to its website.

Investors are attracted to Turkey because of its rapid economic growth. Gross domestic product (GDP) grew 8.9 percent in 2010 and Economy Minister Ali Babacan has said he expects growth to be around 6 percent in 2011.

The size of the stake to be sold was unclear.