Turkish markets keep one eye on c.bank, other on Greece 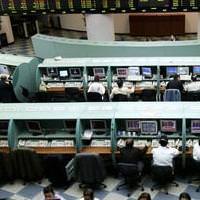 Turkish shares and bonds regained some ground on Tuesday on hopes of progress in the Greek debt crisis, but Thursday's central bank policy meeting kept investors cautious, and the lira's rally faded out.

Garanti Invest strategist Tufan Comert said the central bank would be uncomfortable with the lira's weakness.

"The bank can consider reducing or cancelling its daily dollar auctions, which may lead to relief for the lira but will eventually fail to boost demand for lira," Comert said. The lira reached its weakest level this year of 1.6270 on June 16 as the Greek sovereign debt crisis eroded risk appetite and wiped out positive sentiment stemming from a third election win for Prime Minister Tayyip Erdogan on June 12.

Concerns around Turkey's economy focus on the central bank's policy of holding its main interest rate at a record low of 6.25 percent and tightening monetary conditions by other means.

Analysts believe this is adding to risks of the economy overheating and say the bank will be forced to tackle mounting inflation with interest rate rises later this year.

Comert did not foresee any increase in the policy interest rate until the first quarter of 2012, whereas many analysts expect increases before the year end. All analysts polled by Reuters expected the central bank to leave interest rates unchanged on Thursday, while only three expected banks' required reserve ratios (RRRs) to be increased.

"The lira is the worst performing currency among emerging markets against the dollar today," a senior banker told Reuters. "This poor performance is not exclusive to today, but it's very clear that foreign investors have not adjusted to the Central Bank's unorthodox policy as much as locals have."

Otherwise, Turkish markets, like other higher-risk developing economies, are at the mercy of the twists and turns of the Greek crisis, with an eye on the outcome of a confidence vote in Athens set for later on Tuesday.