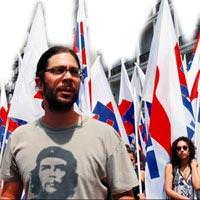 French President Nicolas Sarkozy said on Monday the government had an agreement with French banks on rolling over Greek debt.

Asked at a news conference if a deal had been reached to roll over Greek debt holdings into new 30-year bonds, Sarkozy said: "Yes" and added that he hoped other European countries would do the same.

He also said France was open to debating the terms of its plan with other European Union states and could make changes.