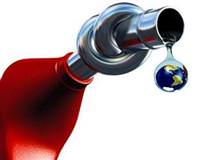 Turkey has delivered its first cargo of fuel to aid east Libya as part of multi-million dollar free oil supply deal with the cash-strapped rebel government aimed at easing shortages.

Libya's civil war has damaged oil infrastructure and severely hampered the rebel government's ability to produce and sell oil, increasing its reliance on foreign aid to pay for imports of refined products. Turkish Petroleum International Company (TPIC), a subsidiary of Turkey's state-owned oil and gas exploration company Turkiye Petrolleri (TPAO), has shipped two fuel cargoes worth at least $10 million, an industry source familiar with the deal said. The first tanker, the Sentosa Island, arrived in Benghazi late last week, carrying about 5,000 tonnes of diesel, trade sources said. A second cargo, also carrying around 5,000 tonnes of diesel from Turkey was being delivered, the source said. Regular fuel supplies such as gasoline for cars and diesel used for power plants are vital to the rebels to win the war and retain popular support in a country long-accustomed to subsidised energy. A second industry source said the Turkish government was seeking to line up more suppliers and that he expected one or two more cargoes to be sent.

"The Turks are pushing for more supplies," he said. The supply deal is a sign of closer ties between Benghazi and Ankara, which recognised the rebel Transitional National Council earlier this month and pledged $200 million in aid.

It was not clear whether funding for these fuel deliveries was included in this sum, but the trade sources said that the fuel was being delivered for humanitarian reasons, with no payment expected.

A spokesman at the Turkish foreign ministry could not immediately be reached for comment. "TPIC is considering sending some more fuel on top of these two cargoes. But after that, whether or not these shipments will continue will be up to the Turkish government," the first source said.

Oil firm Vitol has until now been the rebels' main trading partner and has regularly shipped cargoes of oil products, but the oil minister said last month they have had to request payment extensions. Qatar has also supplied fuel to the rebel government.
"It's not that the Vitol deal is insufficient -- this is free," said a Libyan oil industry source, working with the rebels. Other oil traders active in the Mediterranean told Reuters they were interested in supplying Libya but that banks were still blocking payments to the TNC due to sanctions. An oil ministry source said last week that the rebels were looking for an alternative supplier and that at least one other oil firm said it was in talks with them in an early sign that the Libyan oil trade may be picking up. Exact import requirements are unclear, but an industry source with knowledge of the Libyan market said they were around 50,000 tonnes a week. West Libya is also suffering from fuel shortages as international sanctions and NATO cargo interceptions have deterred traders from delivering via tankers. Instead, smugglers are importing fuels overland from Algeria and Tunisia.