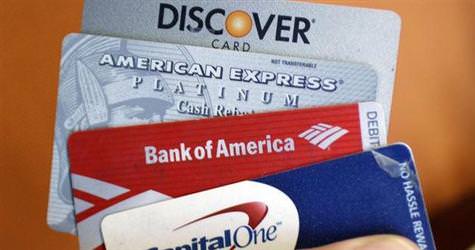 With the number of credit cards owned in the nation reaching the 70 million mark, Turkey has left a number of European countries in their wake.

While the United States takes the number one spot worldwide in terms of credit card ownership at 1.1 billion, China, Brazil and South Korea follows. Turkey on the other hand secured a spot ahead of all other EU nations excluding Luxembourg, Spain, England, Finland and Portugal. America takes first place with a distribution of 3.6 credit cards per individual. In Turkey the average ratio of credit card ownership per person is at 0.6%.
According to a Structural Development in Banking Report by the Banking Regulation and Supervision Agency or BDDK, Turkey listed in one of the top spots in a listing of credit card number throughout the globe. In Turkey, figures show a 0.9% ration of credit cards per individual. In Europe, the average is one credit card per person. According to BDDK data, Turkey's credit card average per person is closely reaching that of Europe.