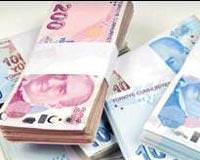 Ten years after a financial crisis which caused banks to collapse and foreign investors to pull out, Turkey again risks market turmoil as its currency slides -- and the drop may not halt unless the central bank hikes interest rates.

Many fund managers and analysts believe Turkey's situation will not become as serious as it was during the repeated crises of 2000-2001, when the country had to resort to over $10 billion of loans from the International Monetary Fund, and the 1990s.

The economy is stronger and larger than it was then, and the Turkish banking system does not have the big exposure to foreign currency debt that sank it in 2000-2001. Foreign currency reserves are near record highs above $90 billion.

But large amounts of foreign portfolio investment have withdrawn from Turkey in the last few months, and the lira's slide is an unwelcome reminder to investors that despite the country's economic success over the past decade, unpredictable policies can still make the country risky.

"For this to be a currency crisis the lira should hit over 2 against the dollar in the short term. However, I don't feel it will go over 1.9, and I don't think the central bank will allow this to turn into a crisis," said Umit Ozlale, economics professor at the country's TOBB University.

But Ozlale added, "The central bank should immediately raise its policy rate by 100 to 150 basis points to renew confidence. If it fails to do this, the move in the currency may get steeper."

The lira has lost about 10 percent of its value to hit a 28-month low of 1.7340 against the U.S. dollar this year, making it the worst-performing investment currency in emerging markets. It has plunged about 16 percent against a euro/dollar basket. JP Morgan's latest monthly investor survey showed a sharp fall in foreigners' lira positions, to their lowest since the survey began in 2003.

The Turkish stock market has dropped 10 percent this year and is the world's worst-performing big emerging bourse after Brazil; a Bank of America/Merrill Lynch poll showed foreign fund managers' positions in Turkish stocks were near their lowest since March 2008.

Meanwhile, concern about inflation and Turkey's current account deficit have pushed bond yields up sharply since the start of the year, with two-year yields rising almost 2 percentage points. The IMF has forecast the deficit will balloon to 10.5 percent of gross domestic product this year from 6.7 percent last year; it totalled $37.3 billion in the first five months of this year.

"They need a billion dollars a week in portfolio inflows to finance the current account deficit and the number of people willing to take that risk is beginning to dry up," said Kieran Curtis, who helps manage $1.4 billion in emerging local debt at Aviva Investors in London.

The central bank has raised reserve requirements for banks in an effort to cool loan growth in the economy, and on Monday it cancelled its foreign exchange buying auctions and eased reserve ratios for longer-term foreign currency deposits in an apparent effort to slow the lira's slide.

But neither the central bank nor the government seem alarmed by lira weakness or the resulting outflow of foreign investment funds -- in they initial stage at least, they appeared to welcome a soft currency. At its July rate-setting meeting, the central bank abandoned its tightening bias and said it might even loosen policy if international events hurt Turkish growth.

"The message from the market is that it doesn't understand the central bank's policy," wrote Simon Quijano-Evans at ING.

The loss of investor confidence in Turkey is not nearly as complete as it was in 2000-2001, however. Stricter regulation of Turkish banks since then appears to have limited the threat from the latest currency slide.

Also, irritation at Turkey's economic policies is to some degree offset by its newfound political stability, and by hopes that credit rating agencies will classify the country as investment grade in coming years -- once the current account deficit is brought under control.

"There is an underlying willingness to buy the Turkey story amongst the investor base, driven by an acknowledgement of the solid fundamentals - stable/majority government, high growth, favourable demographics, the sound state of public finances and healthy banks," wrote Tim Ash, economist at Royal Bank of Scotland.

And many analysts think the central bank may take fresh steps in coming weeks to support the lira, once it sees that cancelling forex buying auctions has had little impact. An indication of its intentions may come when it issues its quarterly inflation report this Thursday.

The central bank's next likely step is to increase its overnight borrowing rate from the current 1.5 percent, predicted economist Ozlem Bayraktar Goksen at Unicorn Capital.

Its main policy rate, the one-week repo rate, which has been held at a record low of 6.25 percent since January, might then be increased at a later date.

The central bank has shown it can quickly rein in currency weakness when it desires. In mid-2006, the lira fell more than 20 percent against the dollar during a pullout of funds from emerging market economies in general; the Turkish central bank raised its key rate by 4.25 percentage points in June and July, and the lira then appreciated through the end of 2007.
Last Update: Jul 28, 2011 3:35 pm
RELATED TOPICS