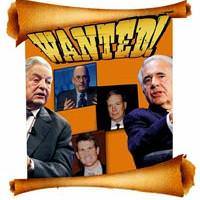 Billionaire investor George Soros, whose stock-picking career has spanned nearly four decades, said he will manage money only for himself and his family as new regulations threaten to crimp the hedge fund industry he made famous.

The octogenarian fund manager, known as much for earning $1 billion on a nervy currency bet as for giving away millions to support liberal causes, will return roughly $1 billion to outside investors most likely by the end of the year and turn Soros Fund Management into a family office. The sum represents only a small portion of the $25 billion he oversees.

Keith Anderson, who has been Soros' chief investment officer since 2008, will leave the firm.

Since launching the Quantum Fund nearly 40 years ago, Soros, who emigrated to the United States from Hungary, created one of most envied records in the industry, returning about 20 percent a year. But recently volatile market conditions have taken their toll on the fund as it lost 6 percent in the first half of 2011 and gained only 2.5 percent last year.

In a letter to investors, Soros' two sons, the fund's deputy chairmen, cited impending industry regulation as a reason for returning the money now.

Under the new Dodd-Frank Act, hedge funds will be forced to register with financial regulators, giving the Securities and Exchange Commission fresh insight into exactly how these generally secretive portfolios make money. But family offices are treated more leniently under the new regulations.

Ever since their father reorganized the Quantum fund in 2000 after heavy losses, the firm has effectively been operating as a family office, relying on various exemptions to avoid registration, the Soros brothers wrote.

Now that many loopholes have been closed, it made more sense to return outsiders' money instead of going through the expensive and time consuming process of registration, people familiar with Soros' thinking said.

"An unfortunate consequence of these new circumstances is that we will no longer be able to manage assets for anyone other than a family client as defined under the regulations," Jonathan and Robert Soros said.

Soros joins a growing list of fund managers who have recently revamped their businesses in the face of fresh regulation. Stanley Druckenmiller, Soros' long-time deputy who helped engineer the firm's winning bet against the British pound in 1992, returned money as did Chris Shumway, who was mentored by another industry great, Julian Robertson. Earlier this year Carl Icahn did the same.

For some outsiders the trend is raising some red flags.

"If the top money managers are closing shop because of overly onerous regulations, then this will ultimately be to the detriment of our institutional investors," said Jim Liew, who teaches finance at NYU's Stern School of Business. "In this environment, we actually need more hedge fund activity: hiring people, raising capital, allocating money, and ultimately stimulating our economy," he added.

Soros' decision to return money sounds dramatic but the move is expected to be more symbolic than disruptive. The firm is not expected to shrink in size from its roughly 100 employees and George Soros is expected to remain as active in managing money as he always has been.

Soros, and Anderson, recently unwound a huge bet on gold, selling off almost $800 million of exchange-traded funds that hold gold during the first quarter, according to a recent SEC filing. Soros also slashed stakes in gold mining stocks like Kinross Gold and Novagold Holdings.

Indeed even Carl Icahn, who returned outsiders' money, has not retreated from the public stage and recently made a prominent play for bleach maker Clorox. And Julian Robertson, who long mentored some of the industry's next generation of stars, is now letting outsiders invest along side him again.

George Soros' particular focus on philanthropy may have played a hand in his decision to manage only his own money as his support for liberal causes and candidates have increasingly made him into a lightning rod for conservatives.

Last year, Soros told Reuters "I will effectively give away half my income as I earn it and the other half I will give away on my death."

Outsiders interpret this to mean he wants to make more and now it may be easier to act on his own. "The trades that people will have to conduct in the future in order to make money may not be very politically correct -- you may have to short the dollar and do other things that are considered unpatriotic-- and making those bets may be easier without having limited partners calling up to complain," said Charles Gradante, co-founder of Hennessee Group which invests with hedge funds but has no money with Soros right now.