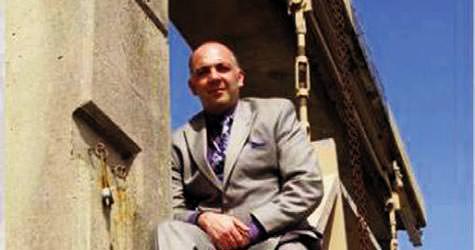 A Turkish businessman, who spent millions of dollars on real estate last year in the United States, is now planning to build the tallest building in Dallas. Referred to by Americans as Mike, Mükemmel Sarımsakçı will be demolishing the high-rise on Elm Street he purchased for 30 million dollars. In its place, Sarımsakçı plans to build the city’s highest residence building for 125 million dollars.

A Turkish businessman will soon be building the tallest building in Dallas. Spending last year collecting buildings in the USA with back to back purchases, Mükemmel Sarımsakçı now plans to build the tallest residence building in Dallas. Sarımsakçı, who started off in the construction sector in 1965, purchased the 191 meter high-rise for 30 million dollars and in its place intends to erect a tower to house offices and luxurious flats. The Turkish real estate proprietor will begin the 125 million dollar construction on the tallest residence in the city and plans to have the building in service by 2014.
The building will be situated on a 400,000 square-meters'- sized area. The lower levels will be a shopping center, while the middle levels will be used as offices and the top section of the building will consist of luxurious flat. The details of the build however are being kept under wraps. Sarımsakçı, Director of Polidev International, which has received all necessary approvals from the Dallas local administration, states; "We have the necessary financier structure. Our technical accumulation is strong and an excellent structure will come out of this."
THREE BUILDINGS FOR 47 MILLION
Mentioned regularly in the United States, real estate investor Mükemmel Sarımsakçı drew attention from the press following a series of back to back property buys in the United States. Investing in property, just like the famous real estate king Donald Trump, Sarımsakçı evaluated the dip in real estate prices in the U.S. during the crisis, and chose to accelerate purchases. At the start of 2010, Sarımsakçı purchased two buildings in California's Bay Area for 35 million dollars. Mükemmel Sarımsakçı also paid out 12 million dollars for the 204,000 square-meter Edgewater Park Plaza in Oakland.
A Turkish dream on Elm Street
Built in 1965, the building on Elm Street was being used by First National Bank. At present, the 191-meter 52-storey building is the tenth tallest building in Dallas. In the 1980's, the building also stood as the backdrop for the well-known Dallas series' screen credits. Local residents refer to the building as Elm Palace, due to its location on Elm Street in the city's financial district.