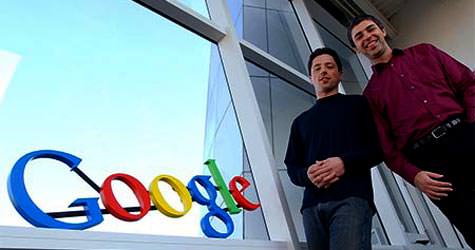 Google Inc's biggest deal ever, acquiring Motorola Mobility Holdings Inc for $12.5 billion, is an attempt to buy insurance against increasingly aggressive legal attacks from rivals such as Apple Inc.

The acquisition of one of the mobile telecommunications industry's most storied names is Google co-founder Larry Page's boldest move since taking over as CEO in April, launching the Internet giant into a lower-margin manufacturing business and pitting it against many of the 38 other handset companies that now use its Android software.

Motorola Inc was split this year into two: Motorola Mobility, which got the faster-growing cellphone and TV set-top box businesses; and Motorola Solutions, which sells gear like walkie-talkies to corporate and government clients.

Google is paying a massive 63 percent premium to gain access to one of the mobile phone industry's largest patent libraries. The company had been under pressure to build a patent portfolio after losing out to Apple, Microsoft Corp and others in a recent auction of bankrupt Nortel's assets.

Unlike the Nortel deal and others, the fact that Google avoided having to compete in an auction for Motorola by engaging in exclusive negotiations for the company underscores the pressure it was under to bolster its patent portfolio. Paying such a rich premium even though it was the only buyer dovetails with analysts' view that the increasingly litigious posture its competitors have taken over intellectual property left the Internet search giant with no choice but to pay up.

"No matter how you think about this, you have to look at it through the spectrum of the Android ecosystem under incredible attack from an IP (intellectual property) perspective. And this is Google going out and trying to fix that," said W.P. Stewart Advisors Chief Investment Officer Jim Tierney. "The biggest implication here is that Google wants Android to be one of the dominant phone operating systems for years to come."

Wall Street quickly anointed Microsoft a winner in this deal, with Windows benefiting should the move spur current Android partners to explore other options.

The deal also stoked speculation that struggling Nokia and Research in Motion would become takeover targets themselves, sending Nokia's shares up 17.35 percent and RIM's up 10.3 percent.

Google made its first foray into hardware by co-developing the Nexus One phone with HTC in 2010 -- an effort that met mixed results. Monday's deal, however, could mark the start of a shift to an Apple-style model, integrating mobile hardware with underlying software.

"Google decided to cross the Rubicon on the device side," said Fred Huet, head of telecoms and media consultancy Greenwich Consulting. "There has been growing frustration (at Google) about the lack and speed of internet centric devices.

"With Nexus they tried to show the industry what they thought was the right evolution for handsets and it did not have an impact .... With the patents they make sure that Android stays strong."

The acquisition is likely to draw even closer regulatory scrutiny than usual, with the search leader already the subject of antitrust inquiries. Experts will want to review how it affects mobile industry competition.

But the deal -- which took Wall Street by surprise -- appears to mark a shift in strategy from Google's traditional Internet search and advertising empire and forays into video and social networking.

"The danger is that other handset makers feel disenfranchised," said Nomura Securities global technology specialist Richard Windsor. "Motorola is the weaker player. This could actually collapse the entire community."

Page, who also launched the ambitious Google+ social network since taking over as CEO, reassured investors on Monday this would not happen, saying Motorola will be run as a separate company licensing Android software in the same way as rivals like HTC Corp and LG Electronics.

Phone makers including Samsung officially said they welcomed a deal that will aid their own legal battles, but some analysts questioned the sincerity of those claims, noting that rival companies would now be unlikely to heavily promote Android since it would benefit a direct competitor.

Andy Lees, president of the Windows Phone Division at Microsoft, said in a statement that, "Investing in a broad and truly open mobile ecosystem is important for the industry and consumers alike, and Windows Phone is now the only platform that does so with equal opportunity for all partners."

Some analysts also doubt that Google will continue manufacturing handsets in the long term.

"We don't think they necessarily want to be in the handset business. They want those patents first and foremost," said Brian Pitz, an analyst at UBS. "This is really a game of protection."

Analysts say that Google's rivals are likely to continue to enforce their patent rights on mobile devices through legal means. Microsoft, for instance, recently settled a lawsuit with HTC over the Taiwanese company's Android devices. Oracle is also seeking billions of dollars from Google for infringing on Java patents. Analysts expect Apple to continue its increasingly effective patent war against its rivals as well, which could hurt Google by potentially raising licensing costs that need to be paid to Apple.

While Apple's iPhone leads in market prestige and is considered more innovative, Android has managed to quietly surpass it in market share. Android held a 43.4 percent share of the smartphone market at the end of the second quarter, ahead of Nokia's 22 percent, according to Gartner data. Apple ranked third with 18 percent, the data showed.

Shares of Motorola Mobility jumped more than 55 percent on the news, while Google shares fell by roughly 1 percent.

The deal values Motorola Mobility at $40 per share in cash, a 63 percent premium to its Friday closing price. The terms of the deal also features an unusually rich reverse breakup fee of $2.5 billion, according to a source close to the situation.

"It's a deal that will take time to pay off, but they have a lot of cash and they want to chase after profit," BGC Partners analyst Colin Gillis said.

The deal delivers a windfall for investors including Carl Icahn, Motorola's top shareholder with a stake of just over 11 percent. The activist shareholder had been urging Motorola to look into splitting off its patent business -- one of the biggest in the industry -- from its handset business, ranked eighth in the world by Gartner in terms of unit sales. In late July, Icahn even went so far as to estimate that Motorola could be worth $44 per share, or $13 billion in a sale.

Despite cashing out for $4 less than what he estimated the company was worth, Icahn said he was "quite happy with this result."

INTO THE LIVING ROOM

As part of the deal, Google also gets Motorola's set-top box businesses, giving its nascent TV operation a much-needed boost by providing it with a more direct route into the home.

Bernstein analyst Craig Moffett noted that Google, a frequent disrupter of the pay-television market via its ownership of YouTube and launching of over-the-top TV products that allow consumers to get streaming video in the home, will now be one of its largest suppliers.

"It will be fascinating to see whether this tempers their enthusiasm for disruptive business models as they have to face the practical realities of satisfying their cable customers," said Moffett. "I think the cable industry would be delighted to see Google inside the tent."

Google said it expects the deal to close by the end of 2011 or early in 2012, and that it was confident it would gain the regulatory approvals required in the United States and Europe and the blessing of Motorola Mobility's shareholders.

Others aren't so sure.

"The legal question here is would this deal give Google the incentive to make Android less open or somehow discriminate against the other smart phone and tablet makers," said Beau W. Buffier, a lawyer with Shearman & Sterling LLP. "That will be the key issues in any review both here in the U.S. or in Europe."

The fact that the deal has the support of other major mobile device players who have a stake in the matter should help Google in the regulatory process.