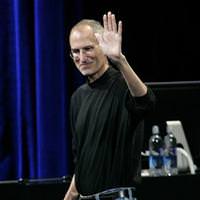 Steve Jobs resigned as CEO of Apple Inc on Wednesday and passed the reins to his right-hand man Tim Cook, saying he could no longer fulfill the duties in a bombshell announcement that raised fears his health has deteriorated further.

Jobs, who fought and survived a rare form of pancreatic cancer and revolutionized the technology arena with the iPhone and the iPad in the past four years, is deemed the heart and soul of a company that this month briefly became the most valuable in America.

"I have always said if there ever came a day when I could no longer meet my duties and expectations as Apple's CEO, I would be the first to let you know. Unfortunately, that day has come," Jobs, who takes on the new position of chairman, said in a short letter announcing his resignation.

The letter and a separate terse, somewhat cryptic statement from Apple raised more questions than it answered about Jobs' health and the future of the company.

While it's unlikely that his departure as CEO will derail Apple's ambitious product-launch roadmap in the near term, there are concerns about whether the company would stay a creative force to be reckoned with beyond the next year or so without its founder and visionary at the helm.

That is why Apple's stock dropped as much as 7 percent in after-hours trading when Jobs' departure was announced.

In the company statement, Apple co-lead director Art Levinson on behalf of the board praised Jobs' "extraordinary vision and leadership" and "countless contributions to Apple's success", saying he would continue to serve the company with "unique insights, creativity and inspiration."

However, the statement, which also talked about Cook's outstanding performance, said nothing about Jobs' health.

His battle with pancreatic cancer, which has stretched over several years, has been of deep concern to Apple fans, investors and the company's board. Over the past two years, even board members have confided to friends their concern that Jobs, in his quest for privacy, wasn't being forthcoming with directors about the true condition of his health.

Jobs has been on medical leave since Jan. 17, with his duties being filled by Cook, who was chief operating officer.

Jobs spent all Wednesday meeting with board members and top managers at Apple's headquarters at 1 Infinite Loop in Cupertino, and plans to remain active in his new role, a source close to Jobs told Reuters. A second source said Jobs will remain on the board of Walt Disney Co (DIS.N).

Still, some industry insiders express concern that Jobs' has clearly signaled he is too ill to keep up the punishing pace of a top executive job.

The 56-year-old Jobs had briefly emerged from medical leave in March to unveil the latest iPad and later attended a dinner hosted by President Barack Obama for technology leaders in Silicon Valley. But his often-gaunt appearance had sparked questions about how bad his illness was and his ability to continue at Apple.

In each of Jobs' three health-related absences, Cook has taken over the helm. But the 50-year-old Alabama native, a former Compaq executive and an acknowledged master of supply-chain management, remains largely untested in Wall Street's view.

That's partly why, despite Cook being viewed as a safe bet to run Apple's sprawling empire, some still think his boss will be very badly missed. One Silicon Valley CEO, who declined to be identified because of the sensitive issues involved, said the tone of Jobs' statement indicated his health might be worse than publicly known.

Jobs has earned a reputation for commanding every aspect of operations - from day-to-day running to broad strategic decisions - suggesting he would not have given up the job if he had a choice.

"It's really sad," the CEO told Reuters. "No one is looking at this as a business thing, but as a human thing. No one thinks that Steve is just stepping aside because he just doesn't want to be CEO of Apple anymore."

"It feels like another shoe is going to drop."