An Ülker operation worth billions 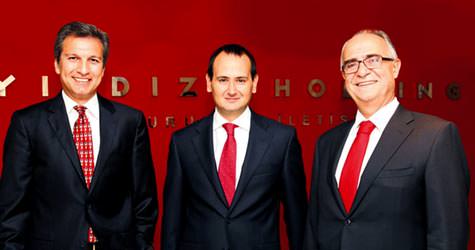 The consolidation move will make Ülker Turkey's biggest food company in terms of revenues, he said.
Ülker sales stood at 2.3 billion lira in 2010. As a whole, Yıldız Holding sales are seen rising 10-12 percent in 2011 from 10.5 billion lira in 2010, he said.
Yıldız CFO Cem Karakaş also told reporters the company was in talks with Japan's Nissin on a joint production partnership which was expected to be completed within a month.
He said the group's packaging company Polinas would be ready for an initial public offering - planned for 40 percent of the company - when third quarter results are released, but the exact timing was unclear.
Polinas has a revenue of around 450 million lira, according to Karakas.
Ülker Bisküvi reduced the number of units to nine from 22 in 2009 as part of a strategy to simplify its portfolio, Karakas said. The new structure will save the company around 10-12 million lira in fixed costs, he said.
Ülker shares rose 1.5 percent to 5.32 lira on Friday.